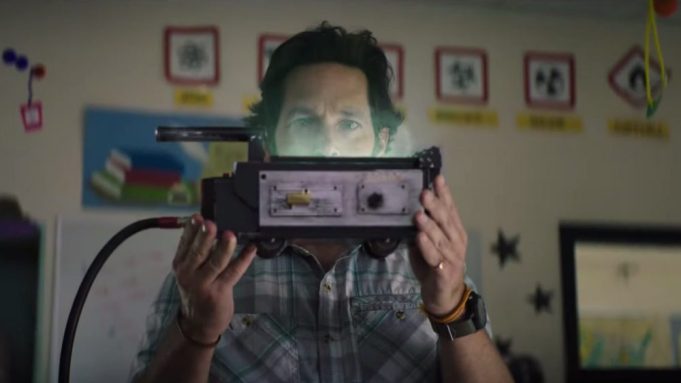 Ghostbusting has left the mean streets of New York City and set up shop in the countryside. Set 30 plus years after the original film, Ghostbusters: Afterlife” stars Carrie Coon, ​​​​​Finn Wolfhard, Mckenna Grace and Paul Rudd.

But despite the location change, the first Busters Dan Aykroyd and original film director ​​​​Ivan Reitman, are heavily involved with this franchise restart with Reitman’s son Jason at the helm as the new director.

This new “chapter” in the Ghostbusters universe unveils a sort of supernatural peace that has settled across the globe after ghostly chaos reigned in the 80s. Here’s the plot: “A single mom and her two kids arrive in a small town, they begin to discover their connection to the original ghostbusters and the secret legacy their grandfather left behind.”

In the first ever “Ghostbusters: Afterlife” trailer the kids seem blissfully unaware of the Slimers and Gozers of the past, stumbling upon a basement stuffed with nostalgia-baiting props from the past. The kids rifle through the busters famous brown jumpsuits, proton packs stopping at the iconic Ecto-1.

The Columbia Pictures/Sony Pictures feature, in association with Bron Creative, will hit theaters on July 10, 2020.