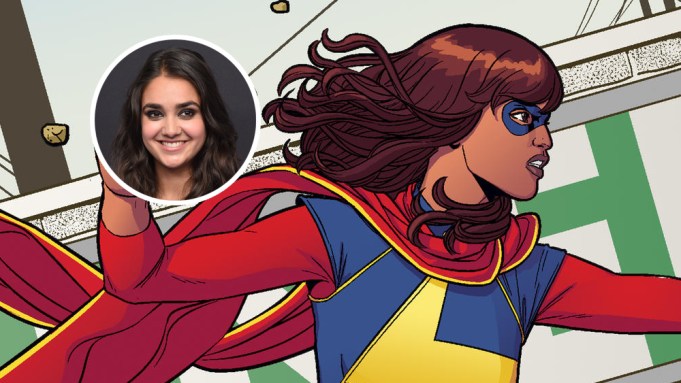 Actress Geraldine Viswanathan could look to the Marvel universe for her next role.

After her break-out performance in last year’s coming-of-age comedy “Blockers,” a social media campaign has gathered around the “Hala” actress in support of her playing Ms. Marvel, Marvel’s first Muslim superhero.

“Oh my gosh, I don’t know. Yeah, I mean that would be, that would be sweet, but I don’t think it’s up to me,” she told Variety at the Sundance Variety Studio presented by AT&T. “I think it’s up to the community… she’s such an important character to that community, and I wouldn’t want to impose myself on that, so I think I’m just, you know, whatever happens.”

Castmate Gabriel Luna was enthusiastic about the possibility of Viswanathan taking on the role. On ABC’s “Agents of S.H.I.E.L.D.,” the actor plays the undead superhero Ghost Rider, and he made sure to let Viswanathan know that their characters would be close friends.

“I’ll just say this: if you did play Ms. Marvel, my character and your character in the comics are good friends,” he said.

Viswanathan also said she’s a big fan of the comics before confirming that no one from Marvel has reached out to her about the role.