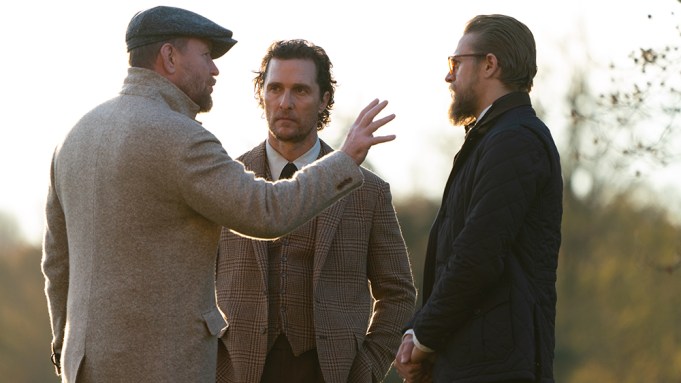 Matthew McConaughey is back in the weed business in Guy Ritchie’s star-studded, action-packed crime-comedy “The Gentlemen.”

The trailer, released by STX Entertainment on Wednesday, shows McConaughey as a London-based crime lord. His character Mickey Pearson is on the verge of retiring, thereby sparking a battle for his empire.

Hugh Grant (who plays Fletcher) and Charlie Hunnam (Pearson’s confidant) kick off the trailer with a tongue-in-cheek chat about the future of Pearson’s legacy. Fletcher says an “antagonist” (played by Henry Golding) is interested in making an offer for Pearson’s business, seemingly at all costs.

“The plot begins to thicken,” Fletcher says to Hunnam. “Now I can’t be specific about the heroes and zeroes, but our protagonist is a hungry animal. There’s a lot of money hanging in the balance. Our antagonist explodes on the scene like a millennial firework, and has indirectly started a war.”

Pearson continues to evade his adversaries as they’re shot, shoved into trunks and fall from buildings.

“In the jungle, the only way a lion survives, not by acting like a king, by being the king,” Pearson says.