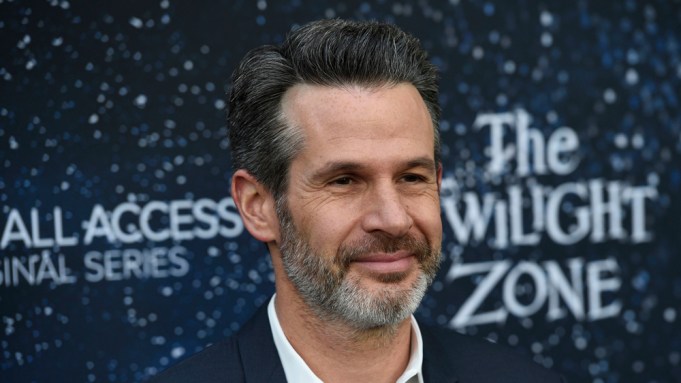 “Gambit’s” future continues to be in limbo.

The superhero movie starring Channing Tatum as the title character is among the films that are in development at Fox that Disney is now reevaluating in the wake of the magic kingdom merger.

“All of the movies at Fox are being evaluated,” “Gambit” screenwriter Simon Kinberg told Variety’s Marc Malkin on Tuesday at the Hollywood premiere of CBS All Access’ rebooted “The Twilight Zone.”

Taylor Kitsch first portrayed the character in “X-Men Origins: Wolverine.” Tatum has been attached to the project for years. Directors Gore Verbinski, Rupert Wyatt, and Doug Liman have all been all attached at some point, but  subsequently exited the project.

“I love the idea of Channing playing Gambit. I think we have a great script for it and I think it’s a role he was born to play,” Kinberg said. “It’s a character I grew up loving and I know the fans love. So I suspect, I hope it will happen.”

Kinberg, who makes his directorial debut with the upcoming “X-Men” film “Dark Phoenix, suggested that the Disney-Fox merger may facilitate some more crossovers, “There will be a lot of mixing and merging now and I’m all for it and excited to see,” he said

When asked who he would most like to see in an “X-Men” movie, he replied, “I would say probably either somebody from Wakanda or Iron Man. I mean I love [Robert Downey Jr.]. I’ve worked with him. I love what he does with that character. I feel like he created the tonal template for the MCU with the first ‘Iron Man’ movie. And so the notion of Iron Man popping up in ‘X-Men’ or Iron Man interacting with Deadpool is pretty exciting.”