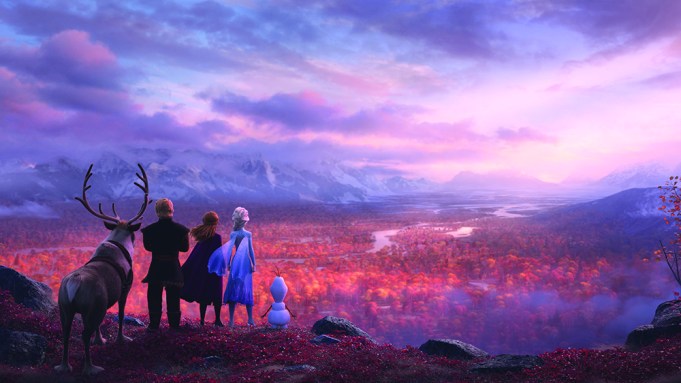 Are Elsa’s powers enough to save her kingdom? That’s a question “Frozen 2” will attempt to answer as the Snow Queen (Idina Menzel) ventures beyond Arendelle to embark on a dangerous journey with her sister Anna (Kristen Bell), a friendly snowman Olaf (Josh Gad) and an iceman named Kristoff (Jonathan Groff).

Disney released a new trailer on Tuesday for the animated sequel, exploring why Elsa was born with mythic powers that are now threatening her kingdom. But the past, she soon finds out, is not always what it seems.

“You must find the truth,” a mythical troll tells her. “Go north across the enchanted lands and into the unknown.”

He cautions, “But be careful. We have always feared Elsa’s powers are too much for this world. Now we must hope they are enough.”

Though various fabled creatures and an electrifying magenta fire threaten their quest, Anna promises, “I won’t let anything happen to her.”

Directors Jennifer Lee and Chris Buck, along with songwriters Kristen Anderson-Lopez and Robert Lopez are all returning for “Frozen 2.”

The original “Frozen” became a huge success, generating over $1.3 billion in worldwide ticket sales, along with two Oscars. It still ranks as the highest-grossing animated film ever. The Broadway adaptation received three Tony nominations in 2018.