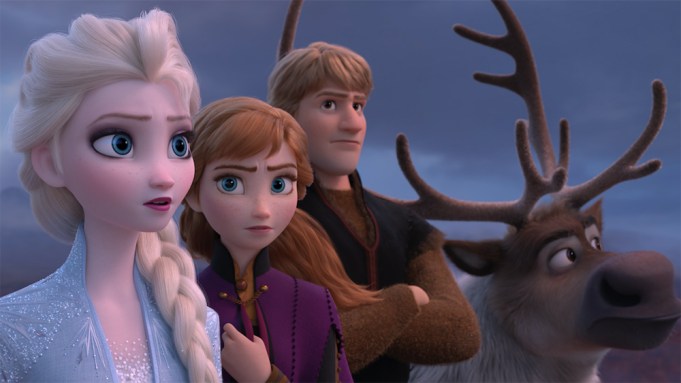 Elsa, I have a feeling we’re not in Arendelle anymore.

Everyone’s favorite ice queen is braving a new element in the newest teaser trailer for Disney’s “Frozen 2,” which shows Queen Elsa (Idina Menzel) attempting to conquer a massive body of water. The footage didn’t reveal much about the highly anticipated sequel, but it did show Elsa reuniting with some familiar faces, including Princess Anna (Kristen Bell), Olaf (Josh Gad), Kristoff (Jonathan Groff), and his friendly reindeer named Sven.

Lee previously hinted to Variety that the upcoming animated adventure will still focus on Arendelle royalty Elsa and Anna, but it will be “bigger” and “more epic” in scale. “They’re going to go far out of Arendelle,” she said.

The original “Frozen” movie became a massive hit when it opened in 2013, earning over $1.3 billion at the worldwide box office, along with two Oscars. It’s still the highest-grossing animated film ever, as well as the 13th biggest movie of all time. “Frozen” was adapted as a Broadway musical in 2018, and it was nominated for three Tonys.