‘Frozen 2’ Reviews: What the Critics Are Saying 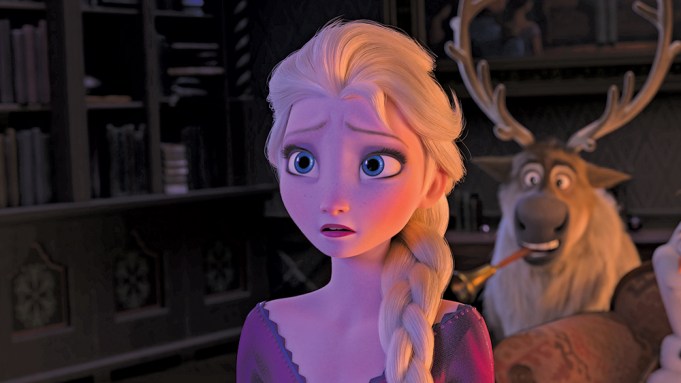 Early reviews are in for the highly anticipated “Frozen 2,” and the sequel stands its ground amid lukewarm responses.

Currently sitting at 82% on Rotten Tomatoes, “Frozen 2” has released to mixed reactions, the main sentiment being that while the film is unnecessary, Disney has released another money-maker that knows how to satisfy its audience. Some reviewers claim that the sequel’s adventures bypasses the original’s while others believe the heart and genius of “Frozen” is missing.

Variety‘s Peter Debruge applauds the screenwriter and co-director Jennifer Lee for not creating a “mindless remake,” stating that the sequel feels more like a follow-up to Pixar’s “Brave.” Debruge says the film will resonate with younger audiences in a time of political strife; Anna and Elsa’s actions in “Frozen 2” parallel sentiments from teenage environmental activist Greta Thunberg. “Conventional Disney princess movies — in which alabaster beauties from Snow White to Belle passively awaited the liberating effects of true love’s kiss — may have been taken at face value for most of the studio’s history, but today’s kids have gotten savvy,” he wrote in his review. “They recognize the often-problematic socializing effects of popular entertainment, and they demand better. They also know when they’re being patronized, and at times, ‘Frozen 2’ tiptoes a bit too carefully along that fine line, where escapism stops being fun because the adults responsible have started overthinking the politics of it all.”

“Frozen 2” hits theaters Nov. 22, but until then, take a look at what critics are saying below:

“Reunited by their last adventure, the sisters are now closer than ever. Though Elsa has been named queen, she privately wrestles with the feeling that she doesn’t belong in Arendelle. She’s been gifted with magical abilities — namely, the blessing/curse of blasting snow and ice from her fingertips — and yet, the first movie never explained how or why she came by these talents, while Anna lacks them altogether. ‘Frozen 2’ gives Elsa a chance to get to the bottom of the mystery while showing audiences that it’s OK for people to feel restless when their potential is being constrained. Normally, a character in Elsa’s position would wander off on her own in search of answers, but her connection with Anna is too strong for that, and her sister insists on coming along. As Anna tells her at one point, ‘You don’t want me to follow you into fire? Then don’t run into fire!'”

“‘Frozen 2’ sometimes gets impressionistic enough to reach the heights of its forebear, which was at its best when Elsa cut loose and made towering ice sculptures to symbolize her loneliness. A couple of sequences see the queen skiing across a raging ocean, encountering water spirits in the shape of horses, and exploring caverns of crystalline memories. Those standout moments, reliant on music and visuals, hit harder than the bulk of the dialogue. Most of the time, though, this elaborate plot doesn’t yield anything remotely original. ‘Frozen 2’ may be big and expensive-looking, but it has no more reason to exist than the direct-to-DVD offerings Disney used to churn out.”

“‘Frozen 2’ makes a valiant effort to live up to its predecessor, but can’t escape its shadow. Over the course of the movie, multiple characters openly wonder if they’re done adventuring yet. In our zeitgeist of maximized intellectual property, the answer is ‘probably not,’ but at least this fictional world isn’t afraid of a little change here and there.”

“The first ‘Frozen’ is such lightning in a bottle that it’s impossible to capture that exactly. The phenomena around that first movie is one of those once-in-a-generation type events that can’t just be duplicated, so why even try to do exactly that? What’s smart about ‘Frozen 2’ is, instead of trying to just recapture its past glory, it decides to be interesting. And when making a sequel to a cultural phenomenon, ‘being interesting’ seems both pretty rare and the best we can hope for.”

“‘Frozen’ may have ended with everything in its right place, but Lee and [co-director Chris] Buck’s long-awaited followup makes the case that a sequel was necessary, not because it was demanded, but because ‘Frozen’ was never the correct end of the story. Loving the characters and themes of ‘Frozen’ and wanting to see more of them can only naturally lead to ‘Frozen 2,’ which does away with so many of the happily-ever-after elements of the first film (and finds new, updated ones). By moving the tension between the traditional and the bold to the forefront, ‘Frozen 2’ is one of the more daring visions of the future of Disney moviemaking, all bolstered by gorgeous animation and a handful of instant-classic new jams.”

“It’s nice to see these figures again, but I couldn’t help feeling that there is something a bit underpowered and contrived about the storyline in ‘Frozen II’: a matter of jeopardy synthetically created and artificially resolved, obstacles set in place and then surmounted, characters separated and reunited, bad stuff apparently happening and then unhappening. At times, ‘Frozen II’ almost felt like an extended bonus featurette that could have gone with the Blu-ray edition of the first film. Having said that, it looks and sounds good, with a stirring central song for Elsa entitled Into the Unknown, the curtain-raiser for her encounter with the primeval forces of the forest.”

“The themes of growing up — especially evidenced by Olaf — make sense for a massive fandom of boys and girls moving through formative years themselves. But unfortunately, ‘Frozen 2’ is a heavily plotted — and sometimes plodding — affair with way too much going on and not enough of it working together cohesively. At the very least, the relentless exposition looks great, with top-notch animation delivering a larger magical landscape and its dynamic nature-centric fauna.”

“Like the first film, ‘Frozen 2’ is less a triumph of storytelling than of packaging. It bundles together a bunch of familiar, likable characters and a fresh list of bright, catchy songs, expertly written (by the returning duo of Kristen Anderson-Lopez and Robert Lopez) with an ear toward the Broadway showtunes they will one day inevitably become.”