‘Frozen II’ Stars Perform Their Audition Songs, From The Lumineers to ‘Ragtime’ (Watch) 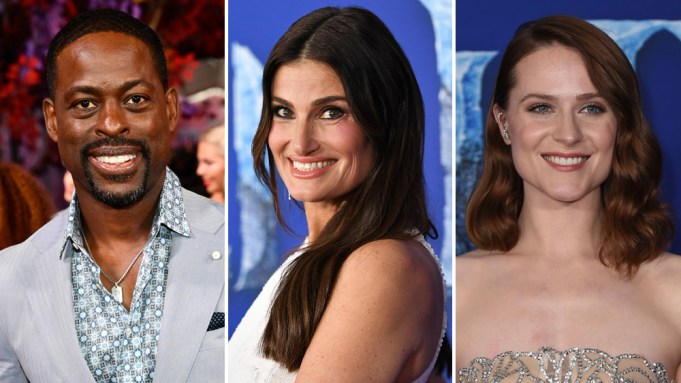 Yes, even “Wicked” phenom Idina Menzel had to do a table read before signing on to the original “Frozen.”

Menzel told Variety‘s Marc Malkin at the premiere of “Frozen II” that while she didn’t have to go through what could strictly be called an “audition,” she still had to do a read through and sing a duet with Kristen Bell before everything was set in stone.

“We had to sing a duet, but they didn’t have songs written yet, so they asked us to come up with something. It was Kristen’s idea to sing ‘Wind Beneath My Wings’ as a duet because it felt very sisterly,” she said outside Hollywood’s Dolby Theatre.

With that, Menzel broke into “Did you ever know that you’re my hero,” the first lines from the chorus of the 1982 song, which topped the charts in 1989 when Bette Midler sang it for the soundtrack to “Beaches.”

Like Menzel, fellow “Frozen II” stars Sterling K. Brown and Evan Rachel Wood had to “sing for [their] bread,” as Brown put it.

“I met with [‘Frozen II’ co-directors] Chris Ruck and Jennifer Lee, and they told me they were adding this character Lieutenant Mattias, and so they wanted to know — gauge my interest, they pitched me on it,” Brown explained. “They said they were going to pitch a few other people. And then I had to come back two weeks later and sing.”

Brown’s audition song of choice? “Wheels of a Dream,” from the musical “Ragtime.”

He quickly cut himself off partway through, insisting the song was too long to finish.

According to Brown’s fellow “This Is Us” actress and wife Ryan Michelle Bathe, however, “come to our house and you’ll hear it all the time.”

“Westworld” star Wood said she was asked to sing a “non-Disney song in the style of Disney, so I think I sang like a Lumineers song or something.”

After some coaxing, Wood held forth with “Angela,” by the aforementioned indie folk rock band, sounding — as promised — like something out of “Sleeping Beauty.”