‘Frozen 2’ Cast Weighs in: Should Elsa Have a Girlfriend? 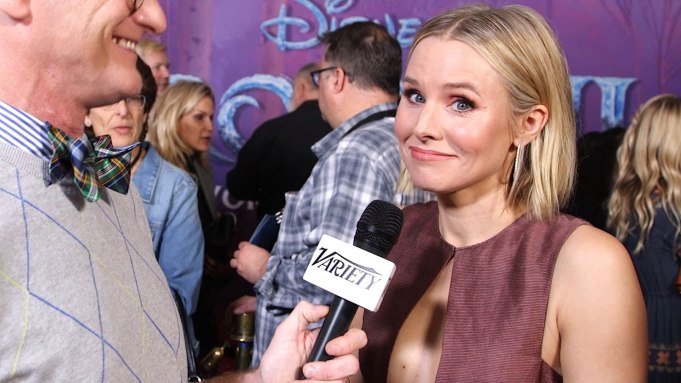 The cast of Disney’s “Frozen 2” gave their two cents on whether or not Princess Elsa should one day find a girlfriend in any of the future films.

The idea has been a hopeful wish of fans due to Elsa’s lack of a male love interest in “Frozen” or its sequel. At the movie’s red carpet premiere, Kristen Bell (Anna) acknowledged that fans have been asking for Elsa to get a girlfriend, telling Variety‘s Marc Malkin, “I realize that and that’s up to Elsa.”

Some cast members, like Martha Plimpton (Yelana), shared their enthusiasm at the idea. “I don’t know,” she said. “Yeah, I hope she does. If she wants.”

“I mean, I’m standing right here,” Evan Rachel Wood (Iduna) said. “Though, I am her mother in this movie so I don’t think that’s going to happen. But, I think eventually yes.”

Though others seem to still enjoy the accepted storyline that Elsa stands on her own – without the help of any love interest, male or female.

“I love that Elsa, unlike any other princess, is not defined by any kind of romantic relationship – that she’s just an independent woman,” Jonathan Groff (Kristoff) said.

“Elsa doesn’t focus on romantic love. That’s what we love about the entire franchise, is that’s not what’s important. The love that we focus on is self love and our love between the two sisters,” Idina Menzel, the voice of Elsa, said.