Will ‘Frozen 2’ Heat Up a Frosty Box Office? 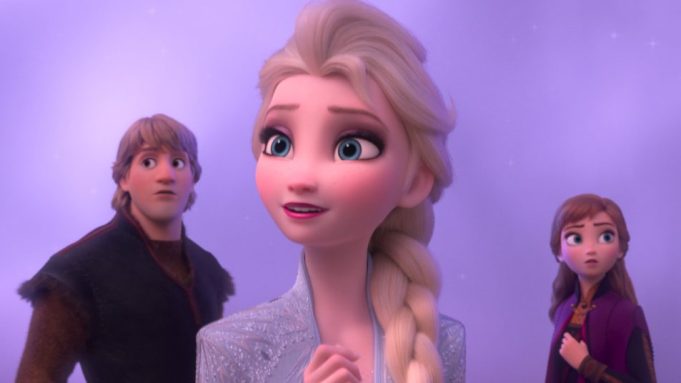 How enduring is “Frozen” fever?

Six years after audiences were first introduced to Princesses Anna and Elsa, Disney is returning to Arendelle this weekend with the big-screen debut of “Frozen 2. The original made history as the highest-grossing animated movie ever, raking in $1.2 billion worldwide in 2013. This time around, the powerful sisters are arriving in a theatrical environment that’s been increasingly chilly to sequels, prequels and spinoffs. As a result, the year-to-date box office is down over 6%, according to Comscore.

But there’s good reason to believe that unlike “Charlie’s Angels,” “Terminator: Dark Fate” and “Men in Black: International,” the second “Frozen” could be immune to the franchise fatigue that’s been plaguing part of Hollywood. The animated musical adventure anticipates a dazzling start above $100 million when it debuts in 4,400 North American theaters, a potential opening weekend record for Disney Animation (not including Pixar). If estimates hold, it could also become the first animated movie to pass the $100 million mark in its inaugural weekend outside of summer.

Those ticket sales would be ahead of “Frozen,” which collected $93 million during its initial five days of release in November of 2013. The first film had unprecedented legs and remained in the top 10 on domestic box office charts for 17 weeks. While “Frozen 2” should impress in its debut, it might not have the same staying power when blockbuster-hopefuls such as Disney’s “Star Wars: The Rise of Skywalker” and Sony’s “Jumanji: The Next Level” arrive in theaters around the holidays.

“Frozen 2” sees the return of directors Jennifer Lee and Chris Buck, as well as original songwriters Kristen Anderson-Lopez and Robert Lopez. The sequel takes Elsa (voiced by Idina Menzel), Anna (Kristen Bell), Kristoff (Jonathan Groff) and Olaf (Josh Gad) beyond the kingdom of Arendelle to help answer why Elsa was born with magical powers. Its predecessor became a certified sensation, scoring two Oscars and sparking a Broadway musical. That’s to say nothing of its memorable musical numbers like “Let It Go” that solidified its place in the pantheon of Disney classics and are likely still stuck in your head.

“Frozen 2” might be the only newcomer to feature Disney princesses, but one other wide release puts the spotlight on an equally timeless hero. Sony’s “A Beautiful Day in the Neighborhood,” a feel-good film about Fred Rogers, should earn $14 million from 3,231 venues. Given positive reviews and Oscar buzz, some box office projections show that figure could reach closer to $20 million. The movie carries a $25 million price tag.

Tom Hanks portrays Mister Rogers in “A Beautiful Day,” which chronicles the real-life friendship between the beloved TV personality and journalist Tom Junod (portrayed by Matthew Rhys). Marielle Heller (“Can You Ever Forgive Me?”) directed the movie, inspired by Junod’s Esquire article “Can You Say… Hero?”

If “Won’t You Be My Neighbor,” Morgan Neville’s 2018 documentary about Mister Rogers, is any indication of audiences’ affection for America’s favorite neighbor, “A Beautiful Day” could enjoy a long life in multiplexes beyond Thanksgiving. “Won’t You Be My Neighbor” became a surprise hit last year with $22 million in ticket sales, rarified heights for a non-fiction film.

Rounding out the weekend, STX is offering “21 Bridges,” a suspense thriller starring Chadwick Boseman. The R-rated movie, hoping to serve as counter-programming against “Frozen 2” and “A Beautiful Day in the Neighborhood,” is anticipating a launch around $13 million from 2,700 venues. “21 Bridges” follows NYPD detective (Boseman) who closes down every bridge in Manhattan as part of a citywide manhunt after a drug heist gone wrong. “Avengers: Endgame” filmmakers Anthony and Joe Russo served as producers, while Brian Kirk directed. It carries a $33 million budget.

Elsewhere, Focus Features is releasing Todd Haynes’ legal thriller “Dark Waters” in four theaters: AMC Lincoln Square and Angelika in New York and Landmark and Arclight in Los Angeles. Mark Ruffalo and Anne Hathaway star in “Dark Waters,” based on a 2016 New York Times article about the lawyer who took on the Dupont chemical company.