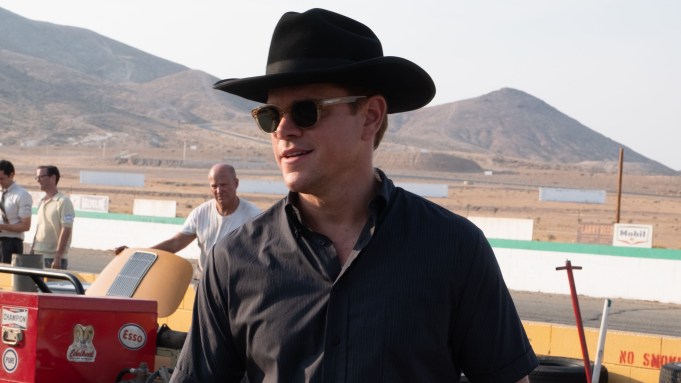 “Ford v Ferrari” is racing to a better-than-expected launch of $29 million in North America, early estimates showed on Friday.

That’s well above pre-release forecasts for “Ford v Ferrari,” which had originally been in the $20 million range. Disney has since upped its estimate to $25 million to $29 million.

Sony’s “Charlie’s Angels” reboot is tracking for a disappointing second-place finish at around $9 million, below forecasts in the $12 million to $13 million range.

Lionsgate’s second weekend of World War II actioner “Midway” will probably wind up in third place at about $8 million, followed by the second weekends of “Playing With Fire” and “Last Christmas.” Warner Bros.’ launch of “The Good Liar” will follow in the $4 million to $5 million range, competing with the seventh session of the mega-hit “Joker.”

On Friday, “Joker” became the first R-rated movie in history to earn $1 billion at the global box office. The North American number has topped $316 million. The film, starring Joaquin Phoenix, has become the salvation of domestic moviegoing this fall, with overall business for 2019 trailing 2018 by 6%.

That gap will widen this weekend as total receipts will be dwarfed by the same weekend last year, when “Fantastic Beasts: The Crimes of Grindelwald” opened with $62 million and “The Grinch” launched with $38.5 million.

“Ford v Ferrari” had already been expected to win the weekend handily at 3,528 venues in North America. The Disney-Fox film follows a team of American engineers and designers, led by Carroll Shelby (Matt Damon) and British driver Ken Miles (Christian Bale), building a new vehicle to defeat the dominant Ferrari at the 1966 Le Mans world championship in France.

“Ford v Ferrari,” directed by James Mangold and produced by Chernin Entertainment, has generated 91% on Rotten Tomatoes. The film, which has a $100 million price tag, also opens in most major international territories. Oscar buzz for Damon and Bale could also lead to a long life in multiplexes.

“The Good Liar” is expecting a muted $5 million debut from 2,439 screens for Warner Bros. Ian McKellen stars as a con artist who plots to steal the fortune of a wealthy widow (Helen Mirren) he meets online. Bill Condon directed the movie, based on Nicholas Searle’s novel.