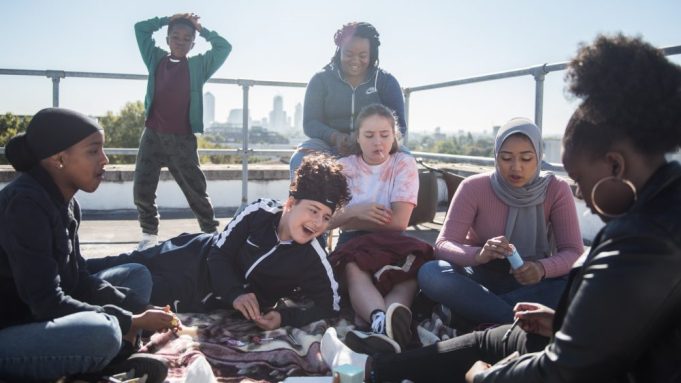 The first clip of hotly-anticipated British picture “Rocks” has dropped ahead its world premiere at the Toronto International Film Festival.

The coming-of-age London-set movie comes from filmmaker Sarah Gavron (“Suffragette”) and writers Theresa Ikoko and Claire Wilson. It was developed through workshops and improvisation and stars a host of newcomers.

The film follows a London teenager, Rocks, who fears her and her younger brother will be separated if it is discovered they are living alone. She sets out to evade the clutches of the authorities with the help of a group of friends, navigating her way through the most defining days of her life.

As a tube train rolls by, the first clip shows Rocks and her brother as he meets her friends. Urban east London provides the backdrop as they hang out on a sunny rooftop.

Faye Ward and Ameenah Ayub Allen produced the film, which will be released next year. Altitude and Endeavor Content are handling sales.

“‘Rocks’ brilliantly re-imagines the coming-of-age narrative with a pathos and precision we rarely see,” said TIFF artistic director Cameron Bailey when it was announced that the film would open the festival’s Platform section.

Gavron added that she “set out to collaborate with the young people in the cast, working in a way I have never worked before to create a film that feels true to the contemporary teenage girl experience.”