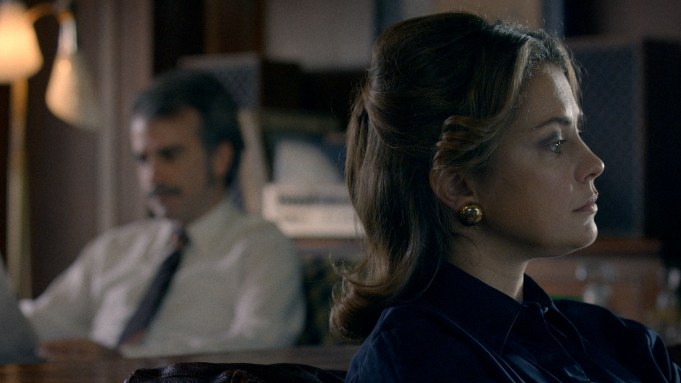 MADRID —   Film Factory Entertainment, a premiere sales agent of Spanish-language films, has acquired sales rights to the U.S., Europe and Asia on Federico Veiroj’s “Asi habló el cambista” (“The Moneychanger”) which has just been announced as one of the 12 titles playing Toronto’s prestigious Platform program.

Veiroj’s fifth feature – after “Acne,” “A Useful Life,” “The Apostate”  and “Belmonte”  – “The Moneychanger” most certainly marks a step-up in scale and move towards the mainstream while retaining his hallmark sense of humor in a buoyantly withering chronicle.

Written by Veiroj, Arauco Hernandez, a writer on “A Useful Life” and cinematographer on “The Moneychanger,” and Martín Mauregui, co-scribe on Pablo Trapero’s “Lion’s Den,” “Carancho” and “The White Elephant,” Veiroj’s dramedic period thriller features Daniel Handler, a Berlin best actor winner for “Lost Embrace,” as Humberto Grause, an unprincipled money launderer, married to the stolid Gudrun (Dolores Fonzi), for whom the heavens open when a military dictatorship seizes power in Uruguay in the 1970s. Exporting its ill-gotten gains to a safe bank account abroad, he is able to make a killing.

With this, the film establishes its perversely farcical logic: The more criminal his clients, the more desperate his life becomes, and the more money he makes, as his life spins out of control.

In the international trailer to the Toronto Platform entry, to which Variety has had exclusive access, Humberto is rushed to hospital – he has heart problems – where Gudrún, convinced he frequents prostitutes, tries to kill him through sex.

As most higher-end movies made out Latin America, “The Moneychanger” is made in multi-lateral co-production, produced by Uruguay’s Oriental Features, Argentina’s Rizoma and Germany’s Pandora Pandora Film Produktion in association with Veiroj’s own Cinekdoque and FFE.