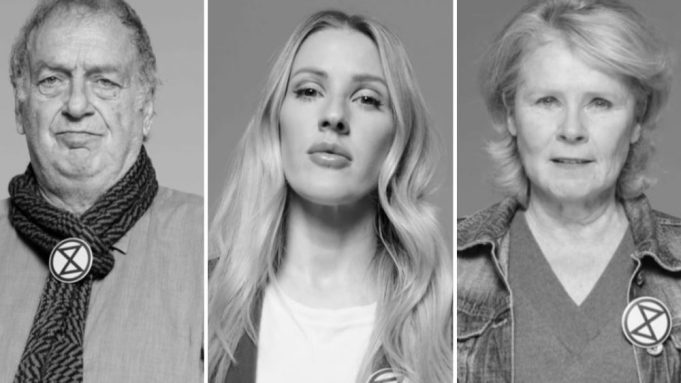 “Where is your plan” on climate change? That is the question posed by a host of British film, TV, and music stars in “One Lifetime,” a short film from Richard Curtis and Rankin for high-profile environmental activist group Extinction Rebellion.

“Four Weddings and a Funeral” filmmaker Curtis developed the concept for the film and iconic British photographer Rankin shot and produced it. Jordan Rossi directed.

The logo of Extinction Rebellion flashes on screen at the start of the film, which splices black and white and color segments and features on-screen graphics underscoring their demands.

British kids exhorting the authorities to tackle a climate emergency open and close the short. One holds a picture of an animal skull bearing the words “Tell the Truth.”

Frears, who recently directed “A Very English Scandal,” looks down the barrel of the camera. “We have a simple choice to make,” he says. “Either our governments make hard decisions now or we all face tragic consequences later.”

Extinction Rebellion has launched waves of high-profile peaceful protests in London, closing roads and occupying major parts of the city in an attempt to force action on climate change. In the short, stars call for action, including reducing carbon emissions to zero in 10 years and investing in the green economy.

“We demand that we are involved in the decision-making. It’s our futures too,” says Goulding.

“We demand a fair and just plan that addresses global inequality,” adds Staunton.

Actor Jaime Winstone said that the “film must reach governments and ring the alarm bell to act now on the climate crisis we are all living in.”

“If the British government were to cut carbon emissions within the so-called carbon budget we have, we would need to go from 1.5% annual cut to about 24%,” said Gail Bradbrook, co-founder of Extinction Rebellion. “That needs a serious plan. Our children, our future and our wildlife need our government to step up and face reality.”