Elton John Opens Up About His Sobriety: ‘I Survived a Lot of Things’ (EXCLUSIVE) 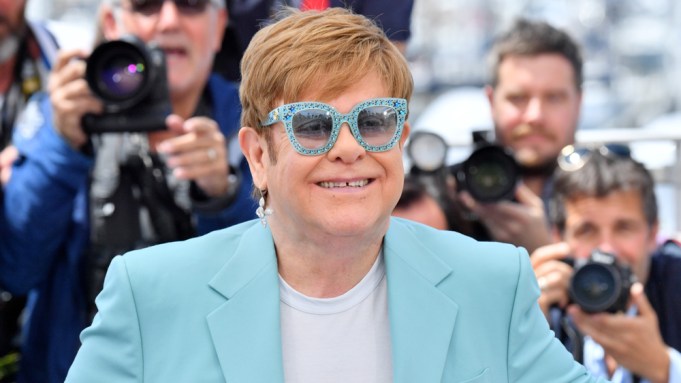 Elton John has all the fame, fortune and awards any artist could wish for. Even so, he still has times when his self-esteem wavers.

“I think every artist does [have self-doubt],” the singer told Variety during an exclusive one-on-one interview Thursday at the Cannes Film Festival. “Every creative artist does have doubt and has moments of, ‘Am I doing the right thing? Am I good enough?’ And that’s what turns us into monsters as well because I think you become unreasonable and of course the chemical substances and the alcohol doesn’t help anything, and you lose touch with reality.”

John certainly knows that. As “Rocketman” so intimately details, the first half of his career led to multiple addictions — drug, sex and shopping — as well as bulimia and anger management issues. “The life I was leading, flying on the Starship [his legendary private plane], living in beautiful houses, buying things left, right and center — it was not a normal life, not the sort of life I came from anyway,” he said. “I lost complete touch with that. I vowed when I did change my life that that would never happen again.”

The 72-year-old John did change his life — he’s been sober for almost 30 years.

There were moments, however, when he thought he wouldn’t survive. “There were times I was having chest pains or staying up for three days at a time,” he recalled. “I used to have spasms and be found on the floor and they’d put me back to bed and half an hour later I’d be doing the same. It’s crazy.”

He’s now happily married to David Furnish (they’ve been together for 26 years), and they have two sons: Zachary Jackson Levon, 8, and Elijah Joseph Daniel, 6. He’s getting ready to retire from touring in about two years. “Rocketman,” in theaters on May 31, will be followed by the release of his memoir in October.

“I am a survivor,” John said. “I’ve survived a lot of things. Life is full of pitfalls, even when you’re sober. I can deal with them now because I don’t have to run away and hide.”

He’s also learned to communicate. “What I couldn’t do when I was an addict was communicate, except when I was on cocaine I thought I could but I talked rubbish,” John said, laughing. “I have a confrontation problem which I don’t have any more because I learned if you don’t communicate and you don’t talk about things then you’re never going to find a solution.”

As the movie also makes perfectly clear, John’s relationship with his parents was far from healthy. His father left when he was just a child after finding out his mother was having an affair. “I’ve come to understand — as you get older you understand — the circumstances they went through,” he said. “I’m not angry or bitter about that whatsoever, but it did leave a scar and that scar took a long time to heal — and maybe it will never heal totally.”