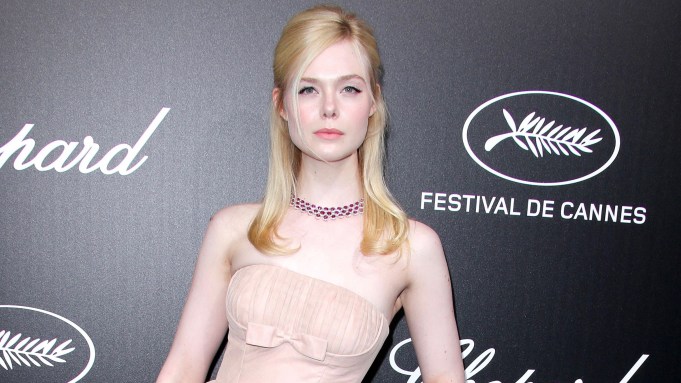 Elle Fanning, a member of this year’s Cannes jury, had a brief scare Monday night when she fainted at the Chopard Trophee dinner.

Festival director Thierry Fremaux had just introduced actor Francois Civil onstage when Fanning, star of “The Beguiled” and “Maleficent,” collapsed and fell off her chair nearby.

Fanning was sitting at a table next to her sister Dakota Fanning, who helped the actress to her feet before security whisked them away.

According to an eyewitness, the ceremony was briefly paused as a hush fell over the crowd.

Colin Firth, who was seated close by, quickly leaped to his feet and offered assistance to the dazed actress. Another shocked onlooker, actress Marion Cotillard, placed a hand over her heart as Fanning was taken away by security.

Fanning later posted about the incident on her Instagram, saying she was “all good” and that her dress was simply “too tight.”

Oops, had a fainting spell tonight in my 1950’s Prada prom dress but it’s all good!! #dresstootight #timeofthemonth