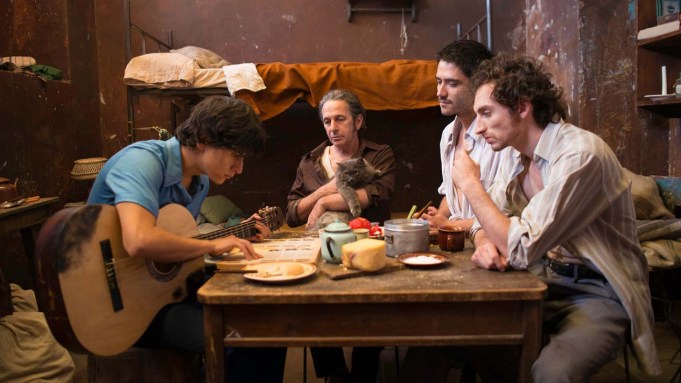 “How did you end up in here?” an older inmate asks Jaime, a young man who unexpectedly finds himself in prison. The answer: He killed his best friend.

“El Principe” is Chilean director Sebastián Muñoz’s debut feature and has its world premiere in the Critics’ Week section at the Venice Film Festival. Set in Chile in the politically volatile 1970s, the story centers on the self-involved Jaime, who becomes known as El Principe (the Prince) behind bars and develops an unlikely relationship with El Potro (the Stallion), the powerful older inmate.

The film made waves when it screened as a work in progress at festivals in Chile and San Sebastian. Muñoz, who shot the short films “Happiness” and “Good Luck” in 1996 and 1997, respectively, told Variety that his freshman feature outing revolved around the themes of desire and the need of human beings “to love and be loved.” The prison setting allowed him to explore the fact that “locked-up men only have each other, and seek affection and ‘black love’ as a form of freedom crossed with desire.”

Before it was shopped at the European Film Market in Berlin in February, the movie was sold to the U.S. (Artsploitation Films) and Germany/Austria (Salzgeber). It has also sold to Barton Films in Spain, Tongariro in Poland and Primer Plano in Argentina. Storyboard Media will release the film in Chile. Patra Spanou is handling sales.