Eddie Murphy on Making ‘Coming to America’ Sequel: ‘I’m Just Over the Moon’ 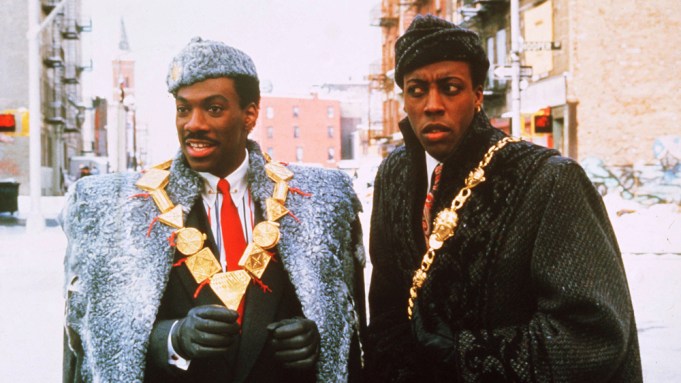 Eddie Murphy revealed how he chose his “Dolemite Is My Name” director Craig Brewer to helm his “Coming to America” sequel.

Murphy, who starred in and created the story for the original 1988 romantic comedy, chatted about “Coming to America” — and much more — with former co-star Antonio Banderas for “Variety Studio: Actors on Actors.”

“I figured out a way to connect the dots — there has to be some kind of record, I don’t know if there’s ever been a sequel 30 years afterward — that’s what we’re doing now,” Murphy said about developing the “Coming to America” sequel. “I’m just over the moon how it’s turning out. I used the same director that I used for ‘Dolemite Is My Name’ and some of the actors. [Dolemite] went so well that we just wound up on this next project.”

Murphy and Banderas, who previously co-starred on three “Shrek” films, reflected on not getting the chance to actually work with each other.

“The interesting thing about us, is that we did three movies together, but we never worked together. We met each other in promotion,” Banderas said.

“Three really, really special movies that will be around after we’re gone, and we weren’t even in a room the same time we did it,” Murphy said.

“I’m working on, what I think is the project of my life,” Banderas said after Murphy asked what projects he had in the works. “Not so many people know that I am coming from theater. I bought a theater, I found the most romantic way to ruin myself. We are opening now with an American musical, we’re doing ‘A Chorus Line’ because it’s a beautiful reflection about actors from the inside. It’s a beautifully structured musical that sends a message to young people.”

Variety’s “Actors on Actors” issue is on newsstands now. The Emmy-nominated companion series will air on PBS stations and the World Channel starting in January. Check back for more from Murphy, Banderas and the other actors from this year’s film season.