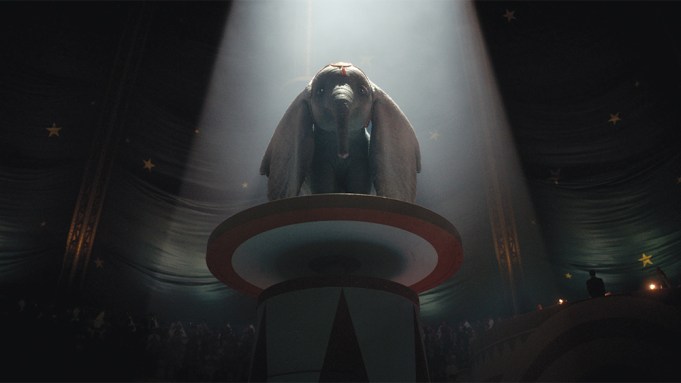 Overseas, the high-flying elephant generated $71 million when it debuted in 53 foreign territories. “Dumbo” launched below expectations in North America with $45 million for a global start of $116 million. The film saw the best start in China ($10.7 million), followed by the United Kingdom ($7.4 million), and Mexico ($7.1 million).

“Dumbo” cost $170 million to produce, so the studio is banking on Tim Burton’s remake of the 1941 animated cartoon to resonate with audiences across the globe to turn a profit. This movie is the first of three high-profile remakes from Disney hitting theaters this year, with “Aladdin” and “The Lion King” set to release this summer.

Fellow Disney title “Captain Marvel” had another strong weekend in theaters. Starring Brie Larson, the superhero tentpole generated $47 million worldwide, including $26.4 million from 54 international markets. That brings its global haul to a massive $991 million, making it the 10th-biggest superhero movie ever. Top performing territories for “Captain Marvel” include China with $151.5 million, the U.K. with $42.7 million, and Korea with $42.4 million.

In third place, Universal’s “Us” brought in $22.6 million when it opened in 14 new markets. Jordan Peele’s horror film — starring Lupita Nyong’o and Winston Duke — earned another $33 million this weekend in North America, taking its worldwide tally to $174.5 million. “Us” debuted in Korea with $6.9 million, Australia with $2.7 million, and Russia with $1.4 million.

Elsewhere, Universal’s “How to Train Your Dragon: The Hidden World” hit a major box office milestone. The animated adventure crossed $500 million in ticket sales globally, with $348.9 million of that bounty coming from international markets.