‘Downton Abbey’ Movie Trailer: ‘The King and Queen Are Coming to Downton!’ 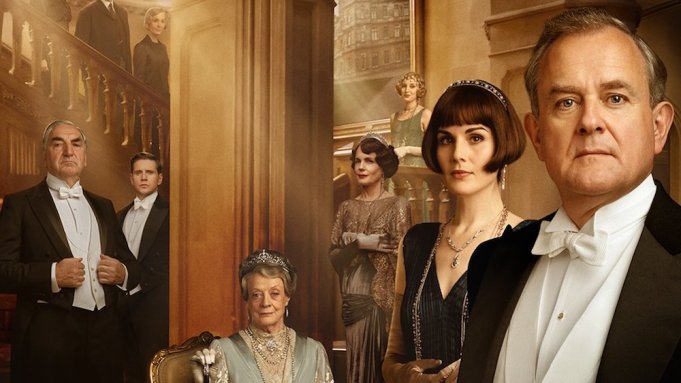 The first full trailer for “Downton Abbey,” the much-anticipated movie spin-off of the hit TV series, has been released, showing the Crawley family girding themselves for a royal visit. The trailer for the Focus Features title was released on the film’s official Twitter account after debuting on NBC morning show “Today.”

While little of the plot has been given away, the story is known to take place in 1927, a couple of years after the end of the TV series, and centers on the royal visit of King George V and Queen Mary to Downton Abbey. The trailer shows the Crawley family and their army of servants preparing for the unexpected visit, which prompts Michelle Dockery’s Lady Mary to ask retired head butler, Carson (Jim Carter), to return to the estate. Exhibitors got a first look at the new trailer at CinemaCon in April.

The movie sees the period drama’s biggest stars, including Hugh Bonneville, Maggie Smith, Laura Carmichael, Penelope Wilton, and Elizabeth McGovern, as well as Dockery and Carter, all return. New additions to the cast include Imelda Staunton and Tuppence Middleton. Bonneville unveiled a look at the cast, including Staunton and Middleton, on Monday in a tweet to highlight the upcoming trailer release.

“Mrs Patmore, please prepare some of those corns that go pop. I believe Mrs Levinson left a bag of them in the Blue Room on her last visit.” #DowntonAbbeyFilm pic.twitter.com/3PSnGqxcFu

“Downton Abbey” re-teams series producer Carnival Films with creator Julian Fellowes, who wrote and produces the feature. It is directed by U.S. TV veteran Michael Engler, who handled four episodes of the hit series, including the two-hour 2015 Christmas special that served as the series’ finale. Gareth Neame and Liz Trubridge also serve as producers.

Plans for the long-anticipated movie spin-off of the hit show were first announced in July 2018, with the original main cast confirmed to return and production set for September that year. A first dialogue-free teaser for the film was released last December.

The film will debut in the U.K. on Sept. 13 through Universal Pictures International, with Focus Features launching it in North America a week later on Sept. 20. The official poster for the film debuted on the official “Downton Abbey” Twitter account Monday. It sports the tagline: “We’ve been expecting you.”

You are cordially invited to return to Downton Abbey! Be the first to know about all things #DowntonAbbeyFilm. Sign up for reminders at https://t.co/ttfhioBOYR pic.twitter.com/nkAEKmoOBb

“Downton Abbey,” which was co-produced by Masterpiece in the U.S. and aired on ITV in the U.K., became a massive global success over its original six-season run, selling throughout the world by Carnival parent NBCUniversal. It followed the lives of the aristocratic Crawley family and the servants who worked for them, beginning in 1912 and concluding at the end of 1925, in an Edwardian English country home. It won numerous awards, including three Golden Globes, 15 Primetime Emmys, and a BAFTA Special Award. It was the most nominated non-U.S. show in the history of the Emmys, with 69 nominations.