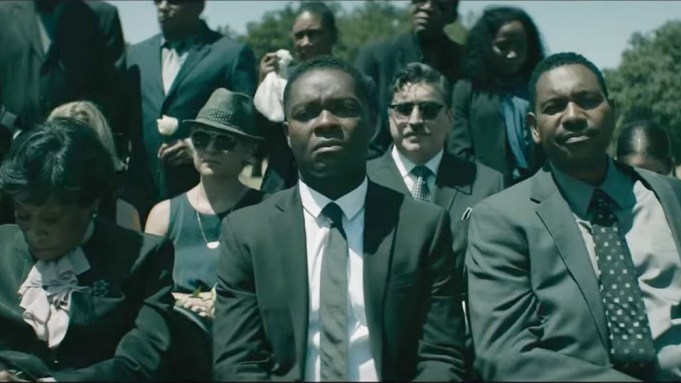 “Don’t Let Go” is expected to earn between $3 million and $5 million during what should be a typically mild Labor Day weekend at the nation’s multiplexes with the second session for “Angel Has Fallen” likely to repeat as the winner.

“Don’t Let Go,” which premiered at Sundance under the title “Relive,” stars David Oyelowo as a detective working to solve a murder after he receives a phone call from his dead niece, played by Storm Reid. It was produced by Jason Blum and directed by Jacob Aaron Estes, with Blumhouse Tilt and OTL Releasing handling distribution. Reviews have been mixed with a 47% rating on Rotten Tomatoes. “Don’t Let Go” has a modest $5 million production budget.

Also opening this weekend is Forrest Film’s drama “Bennett’s War” at around 800 venues amid similarly modest expectations. The movie follows a motocross star, played by Michael Roark, who returns to the track despite being wounded during military service in Afghanistan.

“Angel Has Fallen,” starring Gerard Butler and Morgan Freeman, could take in somewhere in the $10 million to $15 million range for the Friday-Monday period. The third chapter in Lionsgate and Millennium’s action franchise has been a solid late-summer performer with $28 million in its first six days at 3,286 sites. 2016’s “London Has Fallen” finished with a $62 million North American total and 2013’s “Olympus Has Fallen” wound up its run with $98 million.

Universal’s third weekend of “Good Boys” will probably lead the rest of the pack in second place after taking in $46 million in its first weeks at 3,353 venues. The R-rated raunchy comedy declined by only 45% in its second outing.

Disney’s seventh weekend of its remake of “The Lion King,” Universal’s fifth weekend of “Hobbs & Shaw” and Sony’s second weekend of faith-based drama “Overcomer” will likely round out the top five performers. “The Lion King” has topped $513 million domestically and is the 13th highest North American grosser of all time.

Labor Day weekend tends to be a box office dead zone along with Super Bowl weekend and the post-Thanksgivng period as studio shy away from releasing major titles, noted Paul Dergarabedian, senior media analyst with Comscore.

“As the industry heads into another typically underwhelming Labor Day weekend, the self-fulfilling prophecy of a slow final weekend of the summer is at least mitigated by a slew of modest releases that are at least willing to take a chance on the penultimate frame of the season,” he added. “Hopefully someday a studio will again roll the dice on Labor Day weekend with an irresistible title that will transform it from the Rodney Dangerfield of weekends into a potential coveted spot on the calendar.”