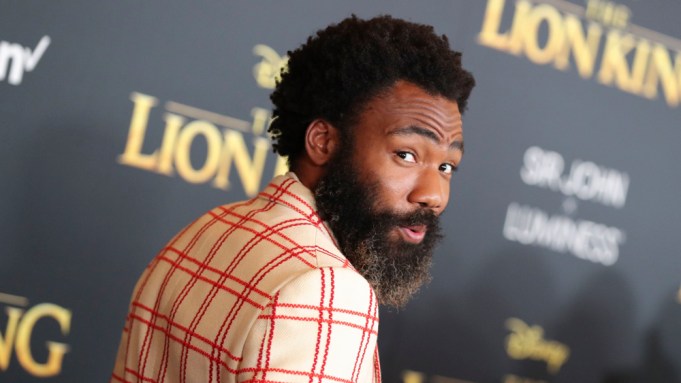 Donald Glover, who stars as Simba alongside Beyoncé‘s Nala in the live action remake of “The Lion King” knows that working with Queen Bey is an unparalleled experience.

The pair collaborated on the movie’s classic tune “Can You Feel the Love Tonight?”

“Yeah, that was a big deal,” Glover, also known as Childish Gambino, told Variety‘s Marc Malkin at the movie’s star-studded world premiere on Tuesday night in Hollywood. “You know you don’t get to work with people like that that often. This is like a powerhouse that they can’t even make anymore.”

The multi-hyphenate performer continued to urge future audience members to give all ears to Beyoncé when they hit theaters, saying, “They’re not gonna make a Beyoncé again so I’d just listen to her. Listen to what she did.”

At the premiere, Glover also voiced his disbelief over his casting as Simba. As for how he got the part, Glover recalled, “[Jon and I] were on set together actually, and he took me to the side and said ‘Hey…’ And I thought he was gonna ask me to like sign something for his son or something because I heard his son was a fan. And he was like, ‘Would you want to be Simba?'”

“And I really did think he was joking,” he continued. “I was like, ‘What are you talking about?’ I didn’t even know they were making ‘Lion King.’ It was a big, big deal.”

Beyoncé also announced a “Lion King”-inspired album ahead of Tuesday’s premiere, in which the singer curated songs written and performed by African artists. While the entire album won’t debut until July 19, the day of the film’s U.S. release, she pre-released a new single off the album titled “Spirit.”