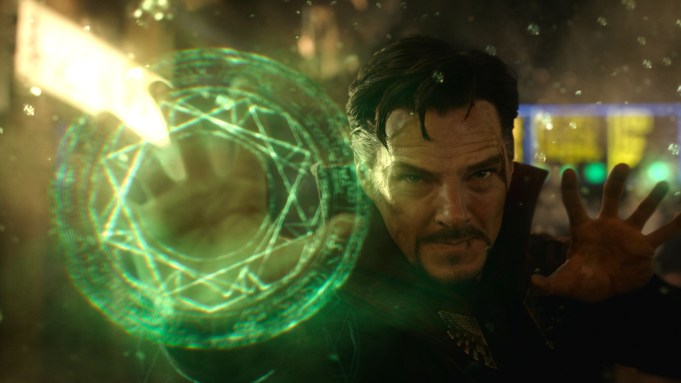 A sequel to “Doctor Strange” was announced as expected on Saturday at Marvel’s Comic-Con panel — what we didn’t see coming was the tone.

Director Scott Derrickson said the film, titled “Doctor Strange in the Multiverse of Madness,” will mine the original comics and play up “the gothic, the horror.” Derrickson said it will lead Benedict Cumberbatch to dark and damaging places, though he will have company in Elizabeth Olsen, who will reprise her role as Scarlet Witch.

The events of her Disney Plus series “Wandavision” will lead her to Doctor Strange’s doorstep, Marvel Studios president Kevin Feige said.

“Doctor Strange,” released in 2016, told the origin story of Cumberbatch’s superhero, an arrogant doctor who is drawn to the world of mystic arts after an accident. The movie also starred Benedict Wong, Tilda Swinton and Chiwetel Ejiofor. The character also appeared in “Thor: Ragnarok,” “Avengers: Infinity War” and, after he fell victim to the snapture, “Avengers: Endgame.”

“Doctor Strange in the Multiverse of Madness” will hit theaters on May 7, 2021. It marked only one announcement in a packed slate at Marvel’s Comic-Con presentation, which also included “Black Widow,” “The Eternals,” “Shang-Chi and the Legend of the Ten Rings” and “Thor: Love and Thunder.”