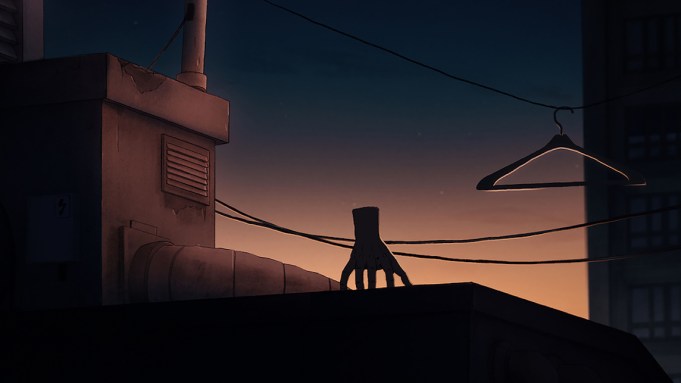 Dev Patel, Alia Shawkat and George Wendt are leading the English cast of the critically-acclaimed animated film “I Lost My Body,” directed by Jeremy Clapin.

The unique film, which follows the adventures of a severed hand as it tries to find its way back to its body through the subways and streets of Paris, won the Nespresso Grand Prize at the Cannes Film Festival’s Critics’ Week, beating out its all live-action competition. Variety’s chief film critic Peter Debruge said of the film: “It’s one of the most original and creative animated features I’ve ever seen: macabre, of course — how could it be otherwise, given the premise? — but remarkably captivating and unexpectedly poetic in the process.” It also won both the Critics and Audience awards at the Colcoa Film Festival in Hollywood on Oct. 1. It is the first time in the festival’s 23-year history that a film has won both awards.

“I Lost My Body,” picked up by Netflix and scheduled for a fall release in U.S. theaters before bowing on the streaming service, is one part mystery, one part adventure and one part love story, with flashbacks showing the life of the hand’s owner, Naoufel a Moroccan orphan who was sent to live with his neglectful uncle and boorish cousin in Paris and who eventually falls for a young librarian, Gabrielle. The film is based on the novel “Happy Hand,” by “Amelie” screenwriter Guillaume Laurant, who worked on the adaptation of “I Lost My Body” with director Clapin. It’s the first full-length feature for Clapin.

Clapin said Patel told him he was excited to be a part of the project. “He told me he wanted to be a part of this because he had never seen anything like it before,” he said. Clapin said the process of working with Patel and Shawkat on the English dubbing brought a fresh take to the film. “It was great to see both of them being involved in the discovery [of the characters],” he said. “I think there was a kind of magic on that first day of the dubbing.”

The project has been in the works since 2012, when Clapin’s producer Marc Du Pontavice showed the book to the filmmaker, best known for his animated shorts Skhizein (2008) and Palmipédarium (2012), and he started working on the adaption with Laurant, but that first draft wasn’t working. “They pushed me, Mark and Guillaume, to take more freedom and to put myself more into the adaptation,” Clapin explains. “It was the first time I did an adaptation. I usually work in my own universe. And this time it was really new. So I had to betray the book a bit.” He started over with a completely new script. “Really different, keeping the main idea of the film, which is the hand looking for, trying to reach his body through the town. I started from this simple idea and began to build this character around the space of body, in fact.”

Giving life to this hand was a unique challenge for Clapin. “The universe of the hand had to be mute. It doesn’t have eyes, it doesn’t have a mouth, it doesn’t have anything to project some emotion. So you, as a director, have to find another solution to catch the audience and give them pity for this character,” Clapin says. “You use some solidarity. You use the way you shoot. You put your camera very close to the hand and you try to make it exist. When you give a past life to the hand, it means it’s going to exist a bit more, showing a time when the hand and the body were together.”

Netflix debuts the US trailer today, Sept. 30. “I Lost My Body” will open in U.S. cinemas on Nov. 15 and will be available to Netflix viewers in 184 countries beginning Nov.29.