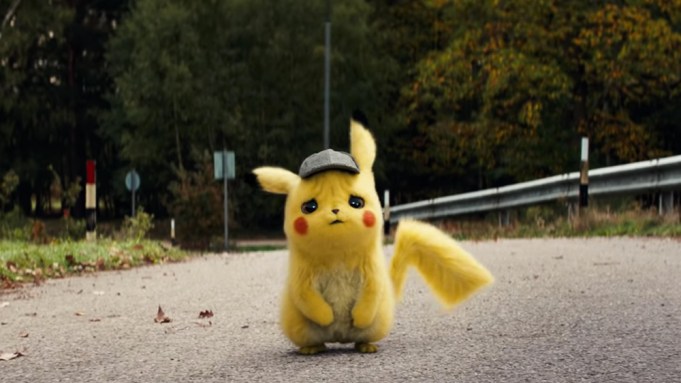 Pokémon aren’t the only recognizable faces popping up in the latest “Detective Pikachu” trailer.

Diplo appears in a blink-and-you-miss-it cameo in the new trailer for Warner Bros.’ live-action Pokémon film.

The DJ can be seen about halfway through the clip wearing a pair of headphones and sitting behind a booth with some sound mixing equipment during a Pokémon battle. Next to him, an announcer is seen introducing the duel between a Blastoise and Gengar, water-type and ghost-type creatures, respectively. Diplo teased his cameo on Twitter.

playing myself in the pokemon detective movie is the first time my kids have ever thought i’m cool https://t.co/wl27DPcBEt

The footage ends as the legendary Pokémon Mewtwo flies through a Pikachu float, turning it into a fiery explosion. Mewtwo first appeared the original “Pokémon Red” and “Blue” video games for the Game Boy in the late ’90s. He was created by scientists as a clone of the psychic-type legendary creature Mew. Considered one of the strongest Pokémon in the entire franchise, Mewtwo spells trouble for the talking Pikachu and his human partner, Tim Goodman (Justice Smith).

Pikachu, voiced by Ryan Reynolds, hypothesizes in the trailer that Tim’s father, Harry, faked his own death years ago, which is why he’s been missing for so long.

“Detective Pikachu,” co-produced and co-financed by Legendary Entertainment, hits theaters on May 10. Watch the new trailer above.