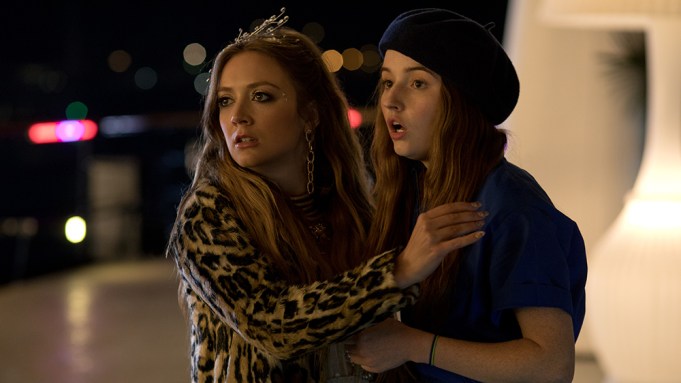 Delta will restore same-sex love scenes to its in-flight versions of the 2019 movies “Booksmart” and “Rocketman.”

The airline said Friday that it was provided an “edited” version of “Booksmart” without realizing the version it was showing on flights omitted key same-sex love scenes involving its lead characters.

She said, “Studios often provide videos in two forms: a theatrical, original version and an edited version. We selected the edited version and now realize content well within our guidelines was unnecessarily excluded from both films. We are working to make sure this doesn’t happen again.”

“The studio has agreed to provide a special Delta edit that retains the LGBTQ+ love scenes in both ‘Booksmart’ and ‘Rocketman’ that will be on our flights as soon as possible,” Protists said. “Currently, we have ‘Gentleman Jack,’ ‘Imagine Me and You,’ and ‘Moonlight’ onboard and countless content in the past that clearly shows it is not our practice to omit LGBTQ+ love scenes.”

“Booksmart” director Olivia Wilde and stars Kaitlyn Dever and Beanie Feldstein expressed shock and disappointment on Oct. 27 over news that an edited version of their film shown on an airline cut out the film’s lesbian sex scene between Kaitlyn Dever and Diana Silvers.

“There’s insane violence of bodies being smashed in half and yet a love scene between two women is censored from the film,” Wilde said.. “It’s such an integral part of this character’s journey. I don’t understand it. My heart just broke.”

News also emerged this week that gay reference had been cut from Delta’s inflight version of the Elton John biopic “Rocketman” including a love scene between stars Taron Egerton and Richard Madden.

The change in policy was first reported by Buzzfeed.