Dean-Charles Chapman on Shooting ‘1917’ in One Take, Skipping ‘Game of Thrones’ Finale 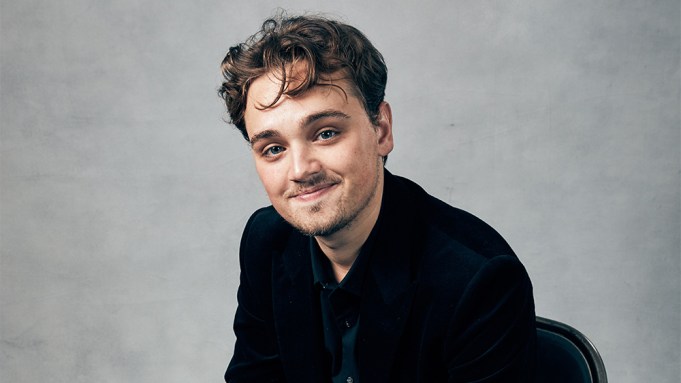 When Dean-Charles Chapman first went to audition for World War I action drama “1917,” he wasn’t told it would be shot to look like one continuous take.

“We never got to read a script, so I learnt just, like, four pages from this scene,” Chapman tells Variety. “It wasn’t until [director Sam Mendes] told me, personally, it was going to be a one-shot. And I was nervous, and it blew my mind.”

Chapman plays Blake, one of two soldiers — the other, Schofield, played by George MacKay — tasked with delivering a message to 1,600 British soldiers at the height of the First World War. The film also stars Benedict Cumberbatch, Richard Madden, Andrew Scott and Colin Firth. Director Mendes worked with longtime collaborator and cinematographer Roger Deakins on crafting the drama to unfold in real-time, bringing audiences into the trenches with Blake and Schofield.

To properly prepare for tackling such a cinematic feat, Chapman read “The Western Front Diaries,” a collection of soldiers’ journal entries, where he stumbled upon one made written by his great-grandfather. He and the cast also rehearsed for six months, training with a military advisor from the British army, as well as with a personal trainer for lengthy scenes that had the actors sprinting, in character, for up to 10 minutes at a time.

“So, I’d practically done the film a hundred million times before we even started shooting,” says Chapman. But even half a year’s worth of rehearsals didn’t quite adequately prepare him for being immersed in the practical sets of “1917”; Chapman says all the prep seemed to go away once he stepped on set, where lines were re-written on the fly and placements adjusted at the last minute.

Suiting up for a historical drama is hardly something foreign to Chapman: He dons clunky armor as Thomas in Netflix’s “The King” and wore the crown — albeit temporarily — as Tommen Baratheon in HBO’s “Game of Thrones.”

While he says knows how the series ended, Chapman admits he lost interest once Tommen (spoiler alert) was killed off and has not yet watched the show’s final season.

Like the rest of the “Game of Thrones” cast, Chapman has had his fair share of memorable fan encounters — like one who wanted to engage in fisticuffs after recognizing him as the youngest Baratheon.

Chapman recalls, “He was like, ‘I really hate you. I want to punch you in the face’” And my mates were like, ‘Whoa whoa whoa.'”

And don’t expect him to stop with the period dramas.

“I would like to do a western. I’d like to go back farther into time,” says Chapman. “Wear a cowboy hat, ride a horse, shoot some people. I’d like that.”