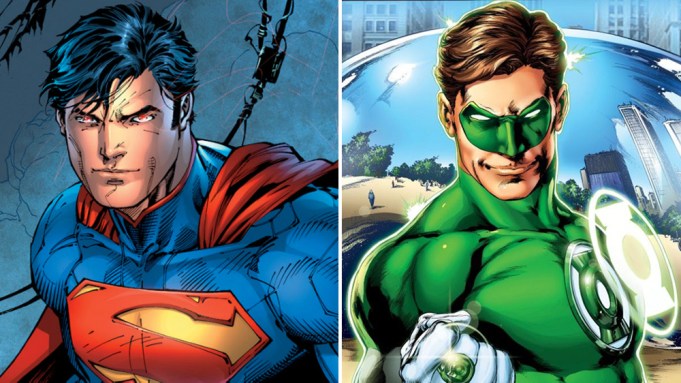 DC Films appears to have hit its stride, rebounding from the commercial failure of “Justice League” and the critical drubbing of “Batman v. Superman: Dawn of Justice” with a few well-timed box office successes. “Aquaman” and “Joker” both generated over $1 billion at the global box office, becoming the first DC productions to reach those lofty figures since Christopher Nolan wrapped up his Batman trilogy with 2012’s “The Dark Knight Rises.” The studio also scored with last spring’s “Shazam!,” a cheeky spin on the spandex genre, and has high hopes for upcoming releases such as “Wonder Woman 1984” and “Birds of Prey.”

“They’re on the upswing,” said Shawn Robbins, chief analyst at BoxOffice.com. “They had a rocky period, but they’re starting to find their footing.”

DC Films may have achieved more consistency when it comes to reviews and box office performance, but there are still hurdles to overcome. Namely, the company and its parent studio, Warner Bros., have yet to figure out what to do with iconic characters Superman and Batman. The studio is farther along when it comes to Bruce Wayne’s alter ego, having re-cast the role most recently played by Ben Affleck with the younger and edgier Robert Pattinson. The former “Twilight” heartthrob has moved beyond his tween idol days, appearing in indies for the Safdie brothers, David Cronenberg, and Robert Eggers. He will don the cape and cowl in “The Batman,” which will be directed by Matt Reeves (“Dawn of the Planet of the Apes”) and will feature villains such as the Riddler (Paul Dano), Penguin (Colin Farrell), and Catwoman (Zoe Kravitz).

There had been chatter that the entire film would unfold in Arkham Asylum, the high-security prison known to comic book fans for housing super-criminals, but that is not the case, according to insiders. Only a handful of scenes will be set at Arkham. If the movie works, Warner Bros. and DC believe that any of these villains could headline their own spinoff movies. Key cast members in both “The Batman” and “Birds of Prey” have contract options to appear in sequels and standalone films.

The studio has less clarity on what to do with Superman, a character who has now been rebooted two different times in the last 13 years, once with Brandon Routh (“Superman Returns”) and later with Henry Cavill (“Man of Steel”) without landing on a winning strategy. Superman has also appeared frequently on television, in shows such as “Lois and Clark” and “Smallville,” which has led to some fears at Warners that the market could be over-saturated with hot takes on all things Clark Kent.

To help find a way to make Superman relevant to modern audiences, studio brass has been polling lots of high-profile talent. There have been discussions with J.J. Abrams, whose company Bad Robot recently signed a massive first-look deal with the studio, and there was a meeting with Michael B. Jordan earlier this year with the “Creed” star pitching Warners on a vision for the character. However, Jordan isn’t ready to commit to taking on the project since filming doesn’t seem likely to happen for several years and he has a full dance card of projects. Insiders think that a new Superman film is unlikely to hit screens before 2023, given that there’s no script and no director attached.

Internally, insiders are quick to credit Walter Hamada, the longtime New Line executive who was brought on board in 2018 as president of DC Films, with helping to plot a new, more sustainable course for the DC cinematic universe. He’s credited with having a strong sense of story and with keeping a firm eye on the bottom line, reining in budgets so productions don’t go off the rails. It also helps that he is closely allied with Warner Bros. film chief Toby Emmerich, with both men having worked together on past New Line hits such as “It” and “The Conjuring.” Insiders believe that under the former regime of top DC film executives Jon Berg and Geoff Johns and DC Entertainment head Diane Nelson, there were too many decision makers involved, leading to the lack of a clear vision. They also maintain that Warner Bros. erred by initially rushing movies in the hopes of making release dates that had been snapped up before scripts were even fully in place. Emmerich has made righting the DC ship a key priority since taking control of the studio in 2017.

“Their initial mistake was that they tried to do too much, too fast,” said Robbins. “They were trying to copy the Marvel model, but that took time and years of building up characters. You can’t start with a big ensemble movie. You need to earn that.”

Under Hamada and Emmerich, the studio has become more comfortable with backing comic book movies for adults. “Joker” became the first DC release to nab an R rating, but it won’t be the last. “Birds of Prey” is also expected to get a similar rating and insiders predict that James Gunn’s upcoming “Suicide Squad” sequel will also be R-rated. In the case of “Birds of Prey,” the film won’t be in the pitch-black, grim vein of “Joker.” Insiders describe the film has a more humorous, spirited, girl gang adventure, albeit not one for younger children. A series of recent reshoots dramatically improved test screening results and the studio is confident “Birds of Prey” will be a hit when it opens in February.

Analysts believe the studio has hit upon a smart strategy — 20th Century Fox had backed R-rated comic book movies such as “Deadpool” and “Logan,” but after being bought by Disney, which prefers its heroes to be cleaner and less prone to f-bombs, it’s unclear if it will continue to back those type of projects.

“There’s a huge appetite for R-rated superhero movies and if Marvel isn’t going to step up, that presents an opening for DC to tap into that audience,” said Jeff Bock, an analyst with Exhibitor Relations.

Beyond embracing the darker undercurrents of the DC canon, the company is also revisiting characters that they believe were ill-served by previous big screen adventures. “Green Lantern Corps” remains a priority despite the fact that 2011’s “Green Lantern” was a high-profile commercial disaster. Johns is delivering a script at the end of the year. The project may be presented to Abrams and Bad Robot to see if the company would be interested in producing the picture. However, Greg Berlanti, another major talent on the Warner lot, is partnering with Johns on a “Green Lantern” television show. There’s speculation that relationship could lead to his involvement in a feature film.

Warners and DC also still have faith in Ezra Miller’s smart-ass interpretation of the Flash and are proceeding with development on a standalone film based on the character. DC has tapped “It” director Andy Muschietti to oversee the movie and has enlisted Christina Hodson (“Bumblebee”) to write the screenplay — Hodson will finish that assignment that before moving on to write a screenplay for “Batgirl.” Production on “The Flash” won’t be able to start until Miller finishes up work on the next “Fantastic Beasts” film, which means that cameras are unlikely to roll until 2021.

DC is also looking to capitalize on the box office success of “Aquaman.” It is currently looking for a director for “The Trench,” a spinoff about a group of vicious undersea creatures who played a supporting role in “Aquaman.” For the next film centered on Jason Momoa’s king of Atlantis, DC has once again tapped James Wan and is hoping to commence shooting in early 2021.

DC’s future won’t unfold entirely on the big screen. HBO Max, WarnerMedia’s upcoming streaming service, is currently looking for DC properties that could inspire films to premiere on its platform. It hopes to make DC adventures that have slightly lower budgets, requiring them to rely on up-and-coming actors and not established stars, with a goal of keeping production costs under $65 million.

The launch of HBO Max had inspired some hopes that Warner Bros. might allow Zack Snyder to release a director’s cut of “Justice League,” leading to a social media campaign dubbed #ReleaseTheSnyderCut. Snyder directed an earlier version of the ill-fated super-team movie and had planned to do some reshoots. However, after his daughter died, he was not able to complete production and was replaced by Joss Whedon, who injected a more light-hearted tone into the final film. Logistically, however, there’s little appetite at the studio for spending the millions of dollars it would require to finish visual effects and editing work on Snyder’s version, particularly as “Justice League” was a commercial disaster. There are currently no plans to release a Snyder version either in theaters or on HBO Max.