Daniel Radcliffe Has a Message for Trump Supporter Tom Brady 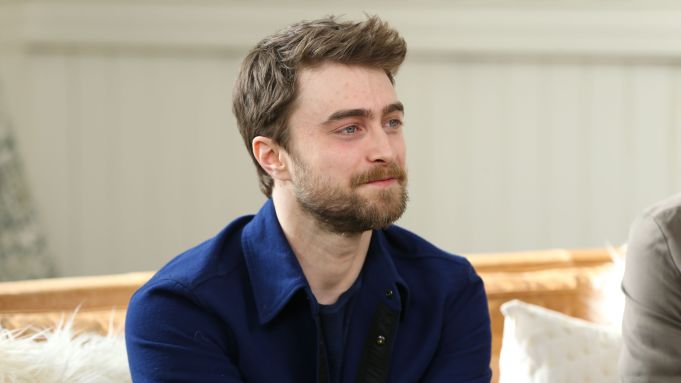 Daniel Radcliffe stopped by the Variety Studio at Sundance presented by AT&T, where he delivered a special message to Patriots quarterback and Trump supporter Tom Brady.

“Take that MAGA hat out your locker,” Radcliffe quipped after explaining that though Brady shouldn’t retire, he should “stop winning things.”

“I feel like that was the moment when we were like, as a country, ‘Oh, c’mon, dude, we all want to be behind you, you’re awesome, don’t put that in there.'”

The “Swiss Army Man” actor emphasized that he’d be rooting for the Los Angeles Rams in the upcoming Super Bowl LIII, stating that “the whole world is rooting against the Patriots — sorry.” Whether Radcliffe’s team will prevail will be determined Feb. 3 at 3:30 p.m. PT; the game airs on CBS.

Radcliffe appears on TBS’ upcoming comedy series “Miracle Workers,” which he also executive produces, with Steve Buscemi. Creator and showrunner Simon Rich joined Radcliffe at the Variety Studio alongside co-star Karan Soni. The series, based on Rich’s novel “What in God’s Name,” follows Radcliffe, who plays an angel in Heaven, as he attempts to help humans on Earth after God (Buscemi) decides he’s done with the planet and is going to destroy it in favor of opening a restaurant.