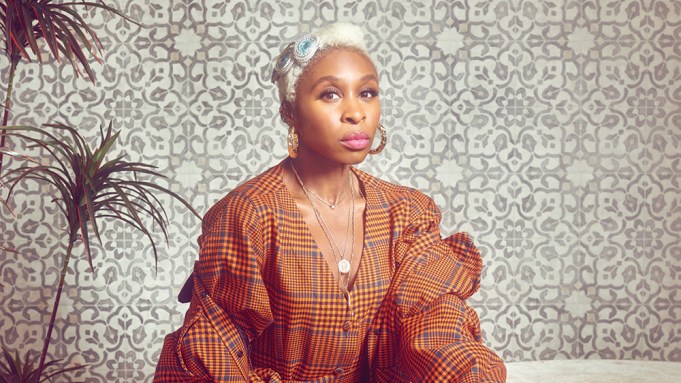 In “Harriet,” Cynthia Erivo’s first starring role in a movie, she plays Harriet Tubman, the legendary abolitionist who rescued more than 70 people from slavery. It’s safe to say that Erivo will be in the Oscars race not only for her portrayal of Tubman, but for co-writing the film’s rousing theme song, “Stand Up.”

For her Variety cover story, Erivo shared how “Stand Up” — which she wrote with Joshuah Campbell — came together.

Erivo said she knew “Harriet” needed a song for the credits. “I wanted to be a part of it — I want to be considered at least,” she says. It’s not her first movie offering: Erivo, a songwriter as well as a singer, wrote and performed “Fly Before You Fall” on the soundtrack for 2014’s “Beyond the Lights.”

Campbell came to Erivo’s attention after his viral performance of his original song “Sing Out, March On” at Harvard University’s 2018 commencement, which honored that year’s speaker, the congressman and civil rights activist John Lewis.

After “Harriet” wrapped production, Erivo and Campbell sat down to write the lyrics together, working with a producer to “create the music,” Erivo says.

Erivo comes from a musical theater background, and won a Tony, a Grammy, and an Emmy, all for performing as Celie in the 2015 Broadway revival of “The Color Purple.”

“I think we’ve got something really lovely,” Erivo says. “I’m really proud of it.”