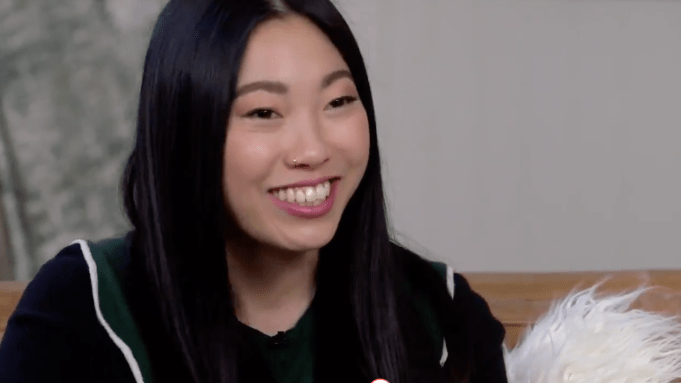 “Crazy Rich Asians” was snubbed at the Oscars, receiving no nominations from the Academy. But star Awkwafina doesn’t have any hard feelings.

“I don’t really know the exact reasoning behind it, but yeah, of course it would have been cool,” Awkwafina said about the historical rom-com not being nominated. “But we did have an amazing awards won. We were up for tons of awards and we actually won the Critics Choice Best Picture…we’re very grateful for the attention that it’s gotten.”

She added, “I don’t think we anticipated it to be nominated for any awards, so the fact that it got as much recognition as it did, I think that’s enough.”

Awkwafina spoke about “Crazy Rich Asians” at the Variety Studio presented by AT&T at the Sundance Film Festival, during an interview for her new film, “The Farewell.” The dramedy hails from writer/director Lulu Wang, and debuted to strong reviews at the Park City film fest. The film also marks Awkwafina’s first starring role, and shows off a more serious side of the breakthrough comedian.

Awkwafina signed onto “The Farewell” right after she wrapped shooting “Crazy Rich Asians,” but long before the rom-com hit theaters and turned her into a major star.

“I was looking for cool roles like this — ones that spoke to me personally,” Awkwafina said. “I didn’t know that I would have a lead role, at least for a while, so that was really cool…When I got this, I think I was ready to face something a little different.”

Awkwafina is not slowing down any time soon with upcoming roles in the sequel to “The Angry Birds Movie” and Dwayne Johnson’s “Jumanji.”

Asked about her role in the “Jumanji” sequel,” she teased, “The only thing I can tell you is that obviously she’s a new character. I’m so excited to embark on that journey.”

Even though she’s now a household name, Awkwafina is still geeking out over getting to work alongside the Rock.