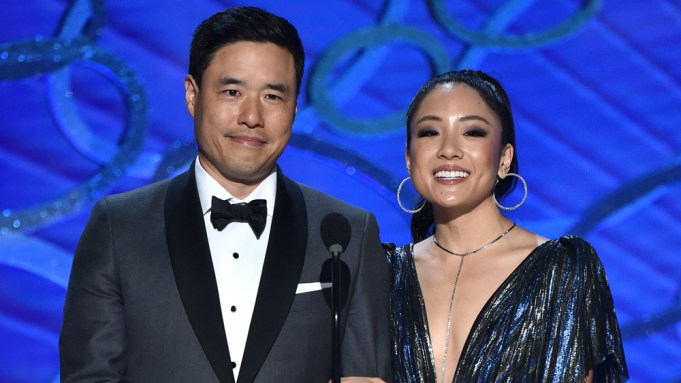 While the Academy may have decided to go hostless for this year’s Oscars, that doesn’t mean the rest of Hollywood has stopped thinking about who would be a good choice for the emceeing gig.

Jeong said, when he was a guest on “The View,” Goldberg told him that she was going to reach out to the Academy for him to host. “I was just so flattered,” he told Variety at the Critics’ Choice Awards. “To me, honestly it’s the success of ‘Crazy Rich Asians’ that has allowed names like mine to be bandied about.”

Jeong’s “Crazy Rich Asians” co-star Constance Wu thinks he “would be great,” but at the same time, she also told Variety, “I got another pitch though — my co-star in ‘Fresh Off the Boat,’ Randall Park. He’s like the best.”

Wu compared Park to a legendary comic who has hosted the Oscars. “He’s effortlessly funny the way that Steve Martin is,” she said. “He’s really likable and he’s so handsome.”

As Variety first reported, the Academy is likely to forgo a host this year after Kevin Hart stepped aside in the wake of the resurfacing of past anti-gay tweets and jokes. Instead, producers are planning on having a gaggle of A-listers introduce various segments of the award ceremony.

The Oscars take place on Feb. 24 and air live from the Dolby Theatre in Hollywood.