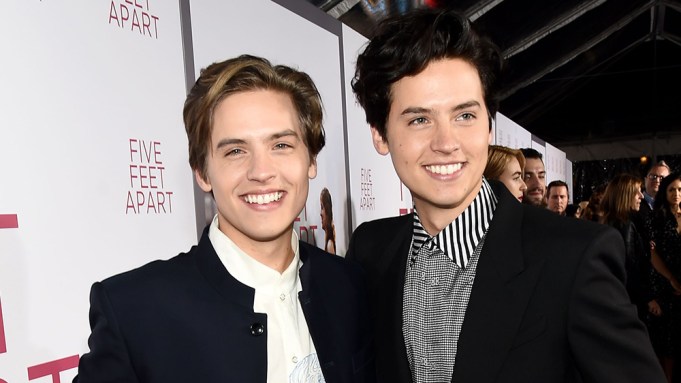 For six years, starting in 2005, former child actors Cole and Dylan Sprouse conquered the Disney Channel by starring in the hit sitcom “The Suite Life of Zack & Cody” and its spinoff, “The Suite Life on Deck.” But then in 2011, the twin brothers — whose credits also include “Big Daddy” and “Grace Under Fire” (where they split the same role in both as young boys) — decided they needed to take a break and enrolled as freshmen at NYU.

In a cover story for Variety‘s annual Power of Young Hollywood issue, Cole, now 27, said he’d be open to working with his brother again. “We’ve talked about it,” said Cole, who since 2017 has played the sardonic narrator Jughead on CW’s “Riverdale.”

Cole added that it wouldn’t be a reboot or a reunion for the Disney Channel. “The whole kitschy twin thing, I don’t think that sells anymore,” Cole said. “It’s about feeling passionate for acting again. If it’s a cool project, I don’t have a problem with that.”

Reached by phone later, Dylan, who has spent the last few years acting in short films, confirmed that he’d also be open to collaborating with his brother. “Yes, we’re totally not averse to working together again,” Dylan said. “I don’t think we’ll be working as twins ever again, like cast in a role. But I think we both would be fine working together, whatever that means.”

Dylan suggested that on their next project together, one of them might be behind-the-camera. “I think the truth is, we’re both perfectionists in what we do,” Dylan said. “When it comes to him especially, he’s got a very good eye in terms of photography and I think he would be a great cinematographer or director. I have less interest in directing or cinematography. I find myself writing more.”

For more from our cover story with Cole, click here.