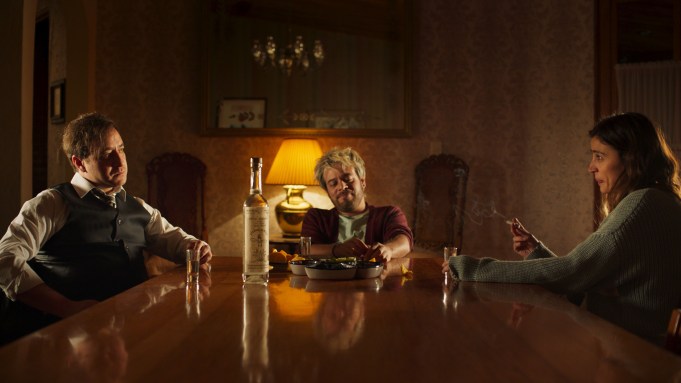 In the U..S., “Modern Loves” has been taken by premium Latinx-content streaming platform, Pantaya, via the output deal Cinepolis has with Pantalion.

Moving ever more into distribution and sales for Latin America, as well as Mexican movie production, Cinepolis has also dropped a first trailer.Cinepolis will release “Modern Loves” directly in Mexico, licensing it in the rest of the region. A Mexican opening is scheduled for March 27, 2020.

“Modern Love is a project that we followed since its development,” said Leonardo Cordero, who runs Cinepolis Distribución.

He went on: “Matias’ willingness and bravery to work with actors after his previous work seems to reflect the essence of the projects that we like the most: Ones with both commercial potential and boldness. We are really happy about the results and we look forward to presenting the film to audiences in 2020.”

enough for a film which talks of the death of the lifelong couple, it begins with an aged couple, Luis and Armida, making love. Minutes later, Armida slips from a stool in the kitchen, leaving Luis, a poet with Alzheimer’s disease, a widow. As Luis’ family gathers for his funeral, Meyer draws a radiography of a traditional society which is, in some ways, falling apart.

So Rocio, Luis’ illegitimate daughter, walks out on her live-in boyfriend Pavel, a neurotic control-freak who gives lectures about decision making; Luis’ eldest son, Carlos, recognizes wife Ana is carrying on with Ricardo, his best friend, says he doesn’t care. Ricardo can’t commit to Ana, however; Diana, Pavel’s heavily pregnant neighbor announces she’s saving the child on her own.

“The film shows strong women and men who are struggling as patriarchy collapses. In the film, it’s the women who create movement, make the story advance,” says Meyer. Men, in contrast, are “at a stage of extreme fragility,” he added, noting how the beginning of the film is “symbolic”: “Armida, the most traditional female figure dies, and enter Rocío, the most modern, the most liberated sexually.”

With the love and cohabitation of two partners seemingly an endangered species, “Modern Loves” asks what kind of loves can endure.

“We see a renaissance of the idea of family, which is united despite large differences between its members. After years of being a dysfunctional, distant family, death opens up the possibility of rebirth,” said Meyer.

The trailer shows how Meyer addressed such themes in practice. Most notable, perhaps, is its large number of close-ups. This is a film where Meyer not only works with professional actors for the first time but wants to place them front and center, capturing what he calls “faces like emotional landscapes” or isolating figures in frame – “I wanted to talk about our society’s exacerbated individualism,” Meyer has said. “Modern Loves” marks a move towards the mainstream in focus – the family – and its stars, such as Ilse Salas as Rocio, and Luis Ortizgris as Alex, Luis’ estranged gay son.

“I felt a personal need for change, to show that I could make other films, not just contemplative movies with non-pros,” Mayer commentated. “I wanted to reach broader audiences, offer the public a fun but intelligent film which would entertain and make it think.”

“We are moving to releasing about 20 films every year,” Cordero said. “Ideally we would love to release out of these 12 Mexican films with commercial potential. We definitely believe that talent has no boundaries. Directors that used to do arthouse films are moving towards doing mainstream films and series proving that there ’s a way to nourish entertainment with quality.”

Operating 6,241 cinema theaters in 18 countries as of July 31, Cinepolis  estimates it is the second biggest movie theater chain in the world in both tickets sold and screen numbers. Driving into vertical integration, it launched a distribution arm, Cinepolis Distribución, in 2011, and produced its first film, Manolo Caro’s “Perfectos Desconocidos,” in 2018.