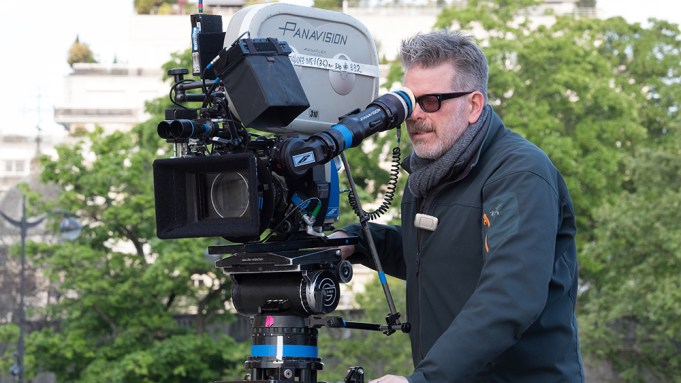 After delivering the biggest box office hit in the “Mission: Impossible” franchise, Paramount Pictures is ready to continue being in business with director Christopher McQuarrie in a big way.

Sources tell Variety that McQuarrie has signed back on to return to write and direct the next two films in the popular franchise. Sources also add that both films would be shot back-to-back — not unlike the final two “Avengers” sequels — in order to take advantage of the popularity of the series, with the first bowing summer 2021 and the second coming out in summer 2022. The release comes in 2021 to avoid conflict with Paramount and Cruise’s next big venture, “Top Gun: Maverick.”

McQuarrie confirmed his return to the series on Twitter.

McQuarrie had said in recent interviews he was hoping to do something different and had been meeting on a handful of projects including Paramount’s “Without Remorse” starring Michael B. Jordan as John Clark. With the latest “Mission: Impossible” film grossing over $790 million worldwide, the best haul in the franchise to date, the studio knew they couldn’t let a good thing die and quickly moved to bring back McQuarrie to write and direct the next two installments.

McQuarrie will now look to start writing the script while Cruise continues to shoot “Top Gun: Maverick.” While no start date is set yet, sources indicate the studio would intend to start shooting sometime in 2019.

After years of switching up the director to give a new feel to each installment, Cruise and Paramount have now settled on McQuarrie as the primary director for Ethan Hunt’s globetrotting adventures. The move bears similarities to when Warner Bros. and J.K. Rowling tapped David Yates to stay on and finish out the “Harry Potter” series following his first stint on “Harry Potter and the Order of the Phoenix.”