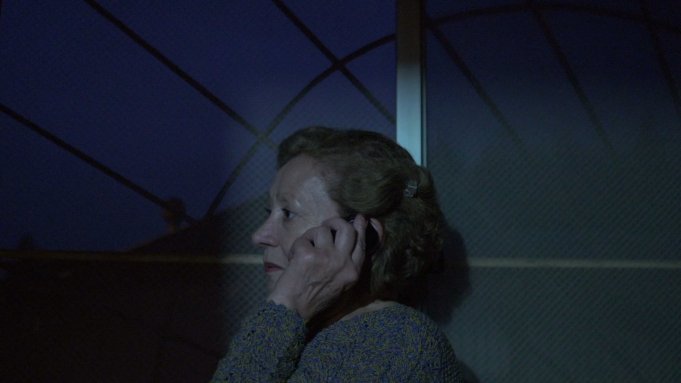 Camila José Donoso’s fiction-fact hybrid, “Nona. If They Soak Me, I’ll Burn Them” vies for the Tiger Award at the Rotterdam Int’l Film Festival (IFFR), bearing the distinction of being among two Chilean films out of five pics awarded development funding by Korea’s Jeonju Cinema Project (JCP) last year. Alejandro Fernandez Almendras’ black and white drama, “The Play” (“Hra”), shot in the Czech Republic, is the second awardee.

Featuring her own eccentric grandmother and mother, “Nona” is Donoso’s most personal project to date. While it is inspired by events, it is comprised of mainly fictional elements. Shot in a diversity of formats including low-resolution video images, home videos and digital images, “Nona” follows a 66-year old retiree whose neighbors in the Chilean coastal town of Pichilemu are driven from their homes after a series of mysterious forest fires erupt not long after she settles there. Even more intriguing is that her home remains intact while others go up in smoke.

“What I’m looking for is to transmit unique and unrepeatable worlds, as well as moments and dialogues that cross life and emanate poetry thanks to the richness of those who interpret them,” said Donoso whose previous works “Naomi Campbell” (co-helmed with Nicolás Videla) and “Casa Roshell,” have also been a blend of fiction and fact.

Variety had access to “Nona’s” exclusive trailer on the eve of its world premiere in Rotterdam on Wed. Jan 29.

Buttressed by its participation in the Valdivia Film Festival’s Works in Progress section, the Rotterdam Lab and $30,000 from JCP, Donoso’s third film was co-produced by Chile’s Mimbre Prods., France’s Altamar Films and Bubbles Project from Brazil.

A host of Chilean films have vied for Rotterdam’s Tiger Award. Most notably, Dominga Sotomayor took home the coveted prize in 2012 with her drama “Thursday till Sunday” (“De Jueves a Domingo”). Her Locarno-winning “Too Late to Die Young” (“Tarde Para Morir Joven”) also participates in the Rotterdam’s Bright Future section this year, along with Karin Cuyul’s “Historia de mi Nombre.”