‘Bombshell’: Why Charlize Theron Was Terrified of Playing Megyn Kelly 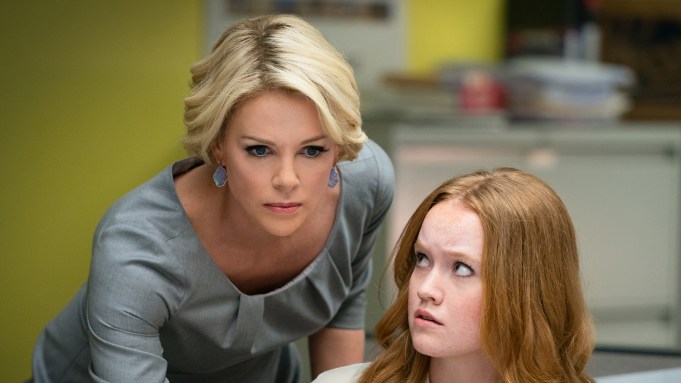 Charlize Theron is getting some of the best buzz of her career for channeling Megyn Kelly in “Bombshell,” but the Oscar-winning actress admits she almost turned down the role.

“I was shit scared,” Theron said during a question-and-answer session following a Manhattan screening of “Bombshell” on Sunday. Partly, she was worried about portraying someone who was “incredibly well known.” But Theron also recoiled from a newscaster who spent the bulk of her career on Fox News and who was fired from NBC for making racist comments.

“This was harder,” said Theron. As a producer on the film, she admitted she wondered if “there’s somebody out there who can do this better than you can.”

“Bombshell” certainly taps into the post-Harvey Weinstein zeitgeist. With its portrait of Fox News employees who speak up about founder Roger Ailes’ alleged sexual harassment and misconduct, it’s a movie that’s tailor made for the #MeToo moment.

“Bombshell” may also force liberal audiences to reconsider their feelings about Kelly and Gretchen Carlson, the former “Fox and Friends” host whose lawsuit against Ailes set the stage for his eventual firing.

“Sexual harassment is not a partisan issue,” said director Jay Roach, who joined Theron, screenwriter Charles Randolph, and John Lithgow (who, thanks to extensive makeup, becomes a doppelganger for the obese Ailes) for the discussion.

To capture the culture of Fox News, Randolph read books and interviewed roughly 20 former and current employees. Camerota, who worked at Fox News for 16 years before joining CNN in 2014, said the film was eerily on point. She was among Ailes’ accusers.

“For any of you who have ever wondered what it was really like to work in Roger Ailes’ ‘House of Mirrors’…this movie is as close to a hidden camera as you will ever get,” said Camerota.

The screening was held at the Crosby Hotel and drew a packed audience of media giants, including New York Times columnists Frank Bruni and Nicholas Kristof, CNN contributor Carl Bernstein, and documentary filmmaker Alex Gibney. “Bombshell” co-stars Nicole Kidman as Carlson and Margot Robbie as Kayla Pospisil, a composite character meant to represent several of Ailes’ accusers. The Lionsgate release opens on December 20.  That’s more than a month away, but Theron, Robbie, and Lithgow are already generating Oscar buzz and the film is seen as a possible awards season contender.

Ailes died in 2017 at the age of 77, but Roach said that Kelly, Carlson, and many other key players have been invited to see the film. It was unclear if any of them had taken the director up on his offer.