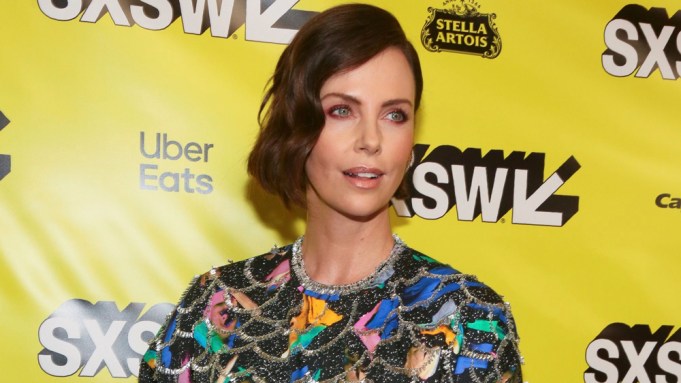 It was long after Roger Ailes allegedly sexually assaulted and harassed her that Megyn Kelly went public with her story about the disgraced former Fox News CEO.

She explained that she confided in a supervisor but was advised keep quiet and just avoid Ailes if she could. “In retrospect, it was terrible advice,” Kelly said during an appearance at Business Insider’s Ignition conference on the future of media 2017.

Charlize Theron plays Kelly in director Jay Roach’s still-untitled upcoming film about Ailes’ downfall (he resigned from Fox amid allegations of sexual misconduct in 2016 before dying about a year later), but purposely didn’t try to meet Kelly in person.

“I think it’s important for us to tell the story from afar and I think it’s hard for me as an actor to have perspective,” the Oscar winner told Variety on Saturday night at the South by Southwest premiere of her political rom-com “Long Shot” in Austin. “I don’t know. It could get emotional, but other people on our crew” did meet her.

Asked what she learned about Kelly, Theron said, “I didn’t know how complicated her situation was and I think for a lot of people, they didn’t understand why she didn’t just speak up. She was in a complicated place and as a human being, I have empathy for that. I don’t think a lot of people truly understood that.”

In the Ailes film, Jon Lithgow plays the disgraced architect of Fox News. Nicole Kidman is Gretchen Carlson and Margot Robbie takes on the role of news producer Kayla Pospisil. It will enter awards season with a release set for Dec. 20.

In “Long Shot,” Theron plays the U.S. Secretary of State, who decides to run for president with the help of an out-of-work journalist (Seth Rogen) who she used to babysit for. Sparks fly between the two after he signs on to be her speechwriter.

The sometimes-raunchy comedy is directed by Jonathan Levine and co-stars O’Shea Jackson Jr., June Diane Raphael, Ravi Patel and Andy Serkis as a Rupert Murdoch-like media mogul. Alexander Skarsgård plays the Justin Trudeau-esque Canadian prime minister. While the president in the movie (Bob Odenkirk) didn’t become famous as a reality television star, he is a former actor who played the Commander-in-Chief on a television drama.

Rogen explained, “It is a movie that is born of the moment and at the same time I think it’s just a very funny movie that allows you to escape to a better world than our own.”