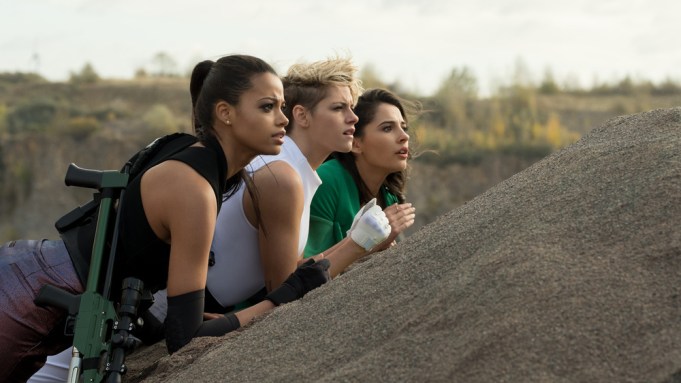 “I think women can do anything,” Stewart’s character tells a wealthy businessman, who responds, “Just because they can doesn’t mean they should.”

“But I have so many talents,” she coyly says before unleashing a set of killer moves to take him down.

This go-around, Charlie’s top-secret agency has gone global, and teams of Angels are guided by multiple Bosleys taking on dangerous missions.

“We exist because traditional law enforcement can’t keep up,” Banks, who plays one of the many Bosleys, explains to the dynamic trio. Cue the wigs, toys, clothes, and potentially explosive mints.