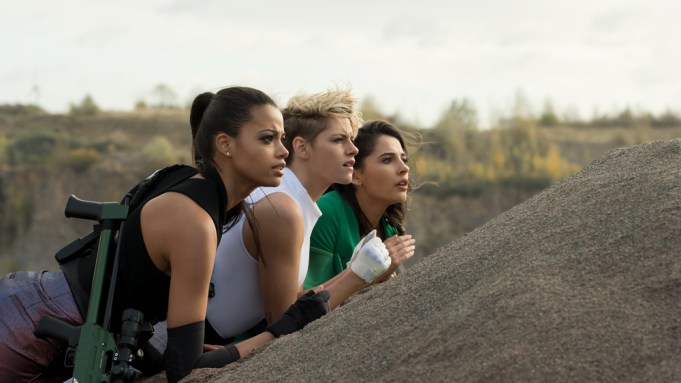 The Sony Pictures movie will hit mainland Chinese theaters day and date with its U.S. release.

The last “Angels” film, 2003’s “Charlie’s Angels: Full Throttle,” grossed a little more than $2 million in China. There are now tens of thousands more screens in the Middle Kingdom, which has become the world’s second-largest movie market.

However, none of the new film’s three main stars is of Chinese descent, as was Lucy Liu. Whether that will have any effect on its reception in China remains to be seen.

Banks is the first woman to take charge of the “Charlie’s Angels” IP, whether on the small or big screens. In addition to directing, she wrote the screenplay, based on a story by Evan Spiliotopoulos and David Auburn. She also appears in the film, alongside actors Djimon Hounsou, Sam Claflin, Noah Centineo and Patrick Stewart.