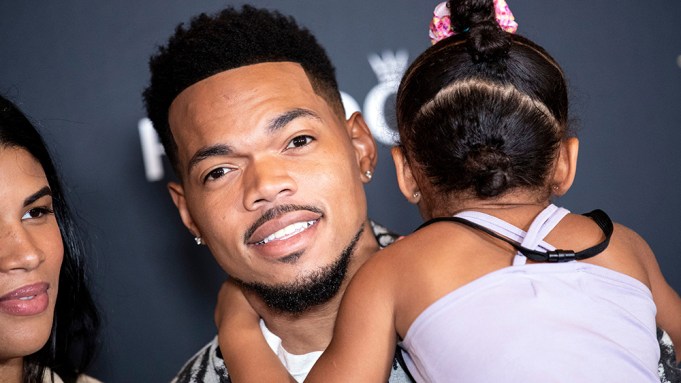 Chance The Rapper revealed he’s a Lion King expert on the red carpet at the film’s world premiere, describing his early role in the live-action film as a “nostalgia consultant.”

“Donald Glover called me. I was not in that movie. Donald and Jon Favreau, the director, are really close, obviously from the film and he told Jon early on that I was ‘The Lion King’ aficionado, which I am,” the rapper told Variety’s Marc Malkin on Tuesday in Hollywood.

Chance said he always knew he would work with the Lion King because of the movie’s influence, calling it “a coming of age film for the youngest of itty-bitty babies.”

“It’s integral to every child’s childhood. At least the ones I know. It teaches a lot of people responsibility, death. For a lot of people, it’s their first introduction to that,” he told Variety.

After the showing, the Chicago lyricist took to Instagram to share more of his “Lion King” enthusiasm. “One day I’m there Jon asks me to do some singing stuff, another day he asks me to do some lines,” he said. “Its all a blur, but I’ll tell you its one of the best blurs of my life.”

Here’s a short story. I grew up my whole life obsessed with all things related to #TheLionKing; like all three films, the Timon and Pumbaa tv show, the broadway play and especially the broadway soundtrack. Needless to say the original film was immensely impactful on my music and overall life. So when my big bro Donald got casted as Simba, he did the coolest thing ever and told director Jon Favreau to call me in as a consultant to keep the original flavor. So for about a year I would go to the LK studio and see early animations, scenes, music direction or assemblies and they’d always be out of this world amazing. One day I’m there Jon asked me to do some singing stuff, another day he asks me to do some lines. Its all a blur, but I’ll tell u its one of the best blurs of my whole life. I am so blessed to know people like Donald and Jon man. AMAZING FILM, AMAZING CAST AND AN AMAZING NIGGHT LAST NIGHT. GOD BLESS AND LONG LIVE THE KING