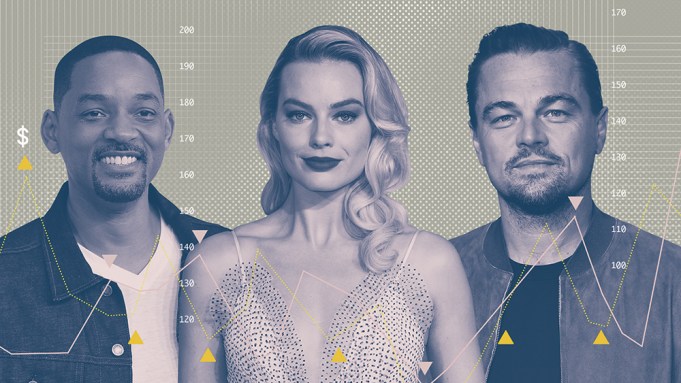 The streaming service is bolstering pay packages for the most famous actors in the business at a time when studios are getting downright stingy about writing generous checks. Ryan Reynolds, for instance, is getting $27 million to star in “Six Underground,” a Michael Bay film about a billionaire-financed vigilante squad, and Denzel Washington asked for $30 million to topline an action film for the company before opting to pass in favor of other projects. An insider disputes that Washington was ever offered a specific salary. Will Smith will likely score $35 million from Netflix in exchange for reprising his role as a wisecracking cop in “Bright 2.”

RELATED: ‘Because They Can’: Inside the Growing Debate on Media CEOs’ Jaw-Dropping Salaries

On the face of it, those figures are larger than what more traditional studios are willing to shell out for stars. Smith and Martin Lawrence once commanded $20 million a picture, but both actors are shaving their asking prices to get “Bad Boys for Life” off the ground. Likewise, Tom Cruise may have earned $20 million in his mid-’90s and early aughts heyday, but to reprise his iconic role as Maverick, the rule-bending aviator in “Top Gun: Maverick,” he’s pulling in a relatively modest $12 million to $14 million. Even the big franchises don’t pay what they once did.

Netflix salaries come with one big caveat. The stars don’t share in any upside. Even if customers love a movie, stream it ad nauseam and encourage their friends to check it out, actors’ take-home pay stays the same. On a studio movie such as the recent horror hit “Us,” Lupita Nyong’o may only get a little more than scale, but her haul will be several million dollars by the time the movie wraps its theatrical and home entertainment runs, thanks to a generous back-end deal.

For most projects, actors’ contracts stipulate that they will receive a percentage of the profits. In rare cases, a major star will get what is called first-dollar gross, which is a portion of the studio revenues before a picture is in the black. Because Netflix movies do not have wide theatrical distribution and the company receives most of its revenues from subscriptions, not from home entertainment sales and licensing, a similar form of profit sharing isn’t feasible. Netflix’s salaries tend to be larger as a reflection of that reality.

Sometimes it’s the stars themselves who are willing to work for less, not just the studios dictating that they take a haircut. Ansel Elgort commands $5 million on fare that’s more commercial, but he’s making less than that for a chance to work with Steven Spielberg on “West Side Story.” And DiCaprio and Brad Pitt took roughly half what they usually command, or $10 million apiece, to pair up for Quentin Tarantino’s “Once Upon a Time in Hollywood.” In those cases, working with some of the most talented filmmakers in the business is reward enough.

RELATED: What the Media’s Most Powerful Executives Were Paid in 2018

Though the fat paychecks of yesteryear may be few and far between, some actors still are able to ask for and receive hefty compensation packages or have seen their salaries increase as their stars have ascended. Dwayne Johnson, one of the few remaining stars whose name alone is enough to guarantee a solid opening weekend for a film, routinely makes $20 million or more on his big action movies, and Robert Downey Jr. has leveraged his Iron Man clout into a massive $20 million haul for “The Voyage of Doctor Dolittle,” a fantasy film he hopes will inspire a franchise. And while Gal Gadot may have been paid a pittance to originate the role of Wonder Woman in 2016’s “Batman v Superman: Dawn of Justice,” she’ll get a heroic $10 million to don her character’s signature cuffs in “Wonder Woman 1984.” These movies turned Gadot into a major star, and she’s finally being paid accordingly. Other actors, such as Margot Robbie of “Birds of Prey,” get richer deals because they don’t only appear in their movies — they also produce them.