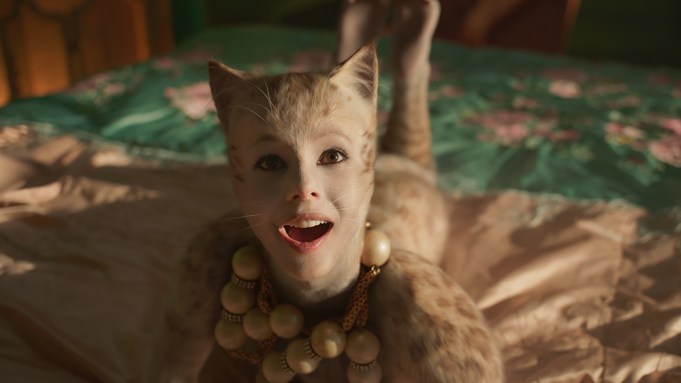 Universal Pictures debuted the full length trailer for “Cats” Tuesday, giving viewers another look at “digital fur technology” and attempting to answer what Andrew Lloyd Webber’s musical is actually about.

“Tonight is a magical night,” Judi Dench’s Old Deuteronomy narrates in the new footage, “where I choose the cat that deserves a new life,”

After the first trailer sent the internet into a full panic over the uncanny valley of visual effects, the new clip offers more dancing, more drama, more fur and more theatrics. Here, the felines are seen preparing for the main event where “the most deserving cat will be reborn to another life so they can be what they’ve always dreamed of being.”

“Going to the ball could get dangerous,” warns an ominous Macavity (Idris Elba).

Directed by Tom Hooper (“Les Miserables,” “The King’s Speech”), “Cats” features the star-studded cast of Jennifer Hudson, Taylor Swift, James Corden, Rebel Wilson, Ian McKellen and Jason Derulo. Based on Webber’s long-running musical, “Cats” follows a tribe of cats called the Jellicles, one of which will be chosen to travel to the Heaviside Layer and receive a new life.

“Cats” arrives on the big screen Dec. 20, alongside Disney’s “Star Wars: The Rise of Skywalker.”