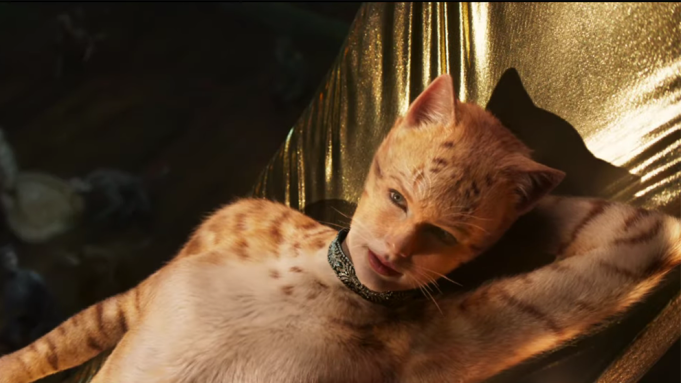 Universal has released the first trailer for its film adaptation of the Broadway play, “Cats,” starring Taylor Swift, Jennifer Hudson and James Corden.

Based on the book “Old Possum’s Book of Practical Cats” by T.S. Eliot, the musical follows the Jellicle cats, a family of felines who go before the group’s leader Old Deuteronomy to see who will be selected to travel to the Heaviside layer for a new life. The original musical won six Tony awards.

However, in this iteration, things are a little different. Instead of actors dressed as cats, as many fans are familiar with in the Broadway production, director Tom Hooper opted to use motion-capture technology, meaning the cats will actually appear as singing furry felines.

Along with the team of executive producers, Steven Spielberg, Andrew Lloyd Webber and Angela Morrison, “Cats” will be produced by Working Title Films in alliance with Monumental Pictures and the Really Useful Group. The film is set to hit theaters Dec. 20.