Universal Cuts ‘Cats’ From Its ‘For Your Consideration’ Page 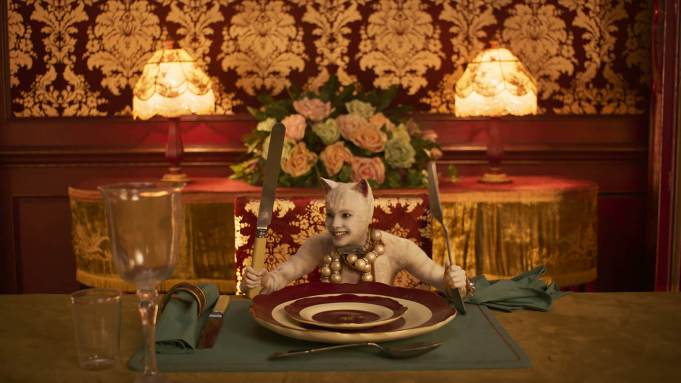 “Cats” has been declawed.

Universal has pretty much put the final nail in the musical movie’s efforts to win awards by removing the film from its FYC page. The page lists the studio’s qualifying movies along with a guide to their individual categories and a schedule of upcoming screenings in various cities.

The Tom Hooper-directed adaptation of the Andrew Lloyd Webber musical has been universally panned. The one original song in the movie, “Beautiful Ghosts” by Webber and Taylor Swift, wasn’t even shortlisted for the Oscars. The tune did, however, nab the film’s sole Golden Globe nomination, for best original song.

The $100 million “Cats” earned $15.3 million worldwide in its first six days. The first trailer for the movie debuted this summer and went viral after it was met with jeers and countless memes and gifs.

Soon after the film was released earlier this month, Universal sent a new version of the movie to theaters with a memo saying the new digital prints would include “improved visual effects.”

Hooper didn’t complete the movie until just hours before its New York premiere on Dec. 16. “I finished it at 8 a.m. yesterday after 36 hours in a row,” he told Variety on the red carpet. “I just put the finishing touches on. So, I’m very happy to be here with it fully finished.”

Swift recently told Variety that the cast took an animal behavior class called “cat school” to prepare for the movie. “We would literally do hours on end of barefoot crawling on the floor, hissing at each other. We learned about cat instincts and the way they carry themselves and the way that they process information, the way they see the world, the way they move,” she said. “What’s strange is from the very beginning of the whole process, everyone on the director/choreography side of it had decided that we weren’t going to be crawling all the time and we weren’t going to be walking all the time. We were going to be hybrids in both our appearance and our behavior and movement.”