Quiz: How Well Do You Know ‘Captain Marvel’? 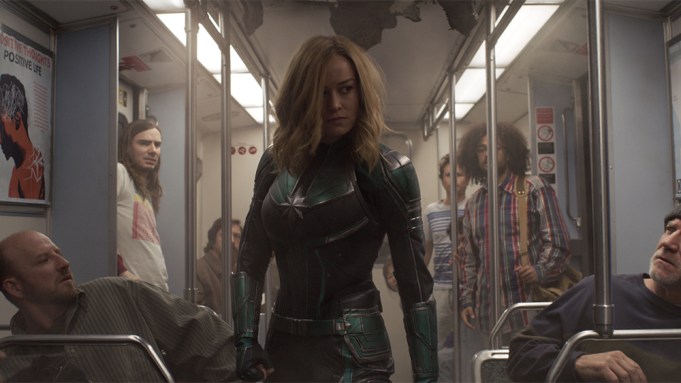 Some Marvel fans possess encyclopedic knowledge of characters that have been well established in the Marvel Cinematic Universe, but how well do you know “Captain Marvel”? The eponymous hero has appeared in Marvel comics since the 1960s, but this is her first-ever appearance in the MCU.

Even if you could ace a quiz on the obscure details of Black Widow or Captain America or Iron Man, this newcomer to the MCU might pose a bit of a challenge.

Brie Larson plays the lead in Disney’s latest, which debuts on Friday, and is accompanied by a star-studded cast members including Samuel L. Jackson, Annette Bening, Clark Gregg, Ben Mendelsohn, and Jude Law.

The movie is fetching solid reviews, scoring a current 82% on Rotten Tomatoes. Variety’s Owen Gleiberman praised the latest Marvel installment in his review: “In ‘Captain Marvel,’ Brie Larson radiates an ability that too many comic-book heroes never get the chance to show: the superpower of expression.‘Captain Marvel’ is only the second major Hollywood movie to feature a female superhero at its center, but it’s a savvier and more high-flying fantasy than ‘Wonder Woman,’ because it’s the origin story as head game.”

Do you really know Marvel? There’s only one way to prove it. Take the quiz below.