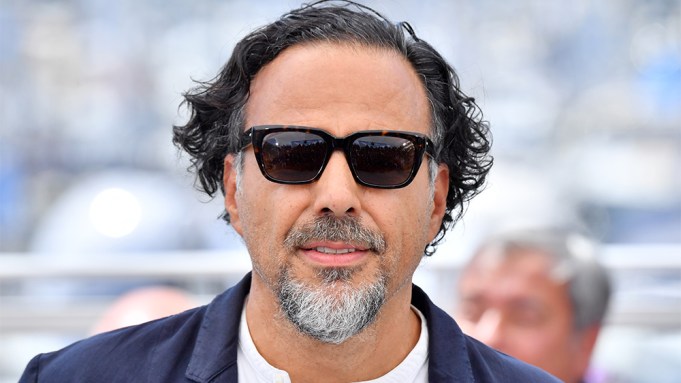 As the president of this year’s Cannes Film Festival, director Alejandro G. Iñárritu didn’t hold back his opinions about the state of the movies at a press conference on Tuesday afternoon in the South of France.

But he also waded into political terrain, after a question about his thoughts on Donald Trump’s proposed wall at the U.S.-Mexico border.

“I’m not a politician,” said Iñárritu, who has twice won the Oscar for best director (“The Revenant,” “Birdman”) “As an artist, I can express through my job and with my heart open what I think to be truthful. I think the problem is what is happening is the ignorance. People do not know, it’s very easy to manipulate.”

Iñárritu said he tried to showcase the immigrant experience with his 2017 virtual reality film “Carne Y Arena,” which premiered at Cannes two years ago.

“We cannot consider the otherness,” he said. “Nationality is a very dangerous thing … We know how this story ends if we keep with this experience,” Iñárritu said, as he referenced the year that World War II started. “We think we are evolving with the technology and the social media. It seems like every tweet is a brick of isolation and creating a lot of threat and paranoia.”

Iñárritu is the first jury president from Mexico in Cannes history. He expressed some reluctance about the idea of choosing the best films.

“To be a president is an award situation,” he said. “I will not call it judgment. I don’t like to judge films. I like to be impregnated by them.”

For the past two years, Cannes has enacted a controversial rule that doesn’t allow movies that without theatrical distribution from screening at the festival, which has prevented Netflix from attending. Iñárritu said that he’d prefer for all films to be given a theatrical release.

But he also praised Netflix, for funding so many projects. He didn’t think that the streaming giant couldn’t ever replace the theatrical experience.

“I have nothing against watching on a phone, on an iPad, on a computer,” Iñárritu said. “But I know watching a film there is not the same … Netflix is doing a great job. It’s great that they exist on TV. Why not give people the choice to experience cinema?”

The rest of this year’s Cannes jury is made up of French artist and director Enki Bilal, Senegalese actress and director Maimouna N’Diaye and Italian director Alice Rohrwacher.