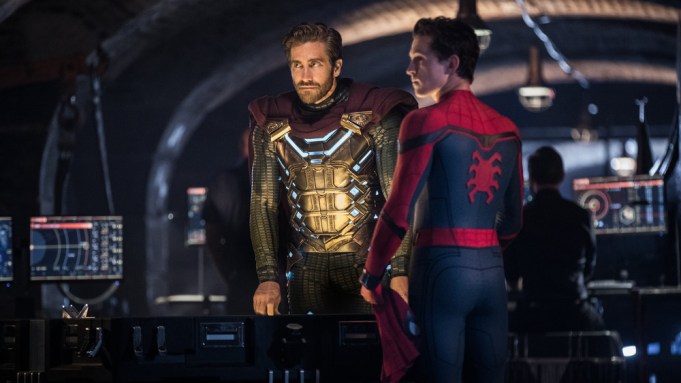 After a spell of underperforming sequels, Tom Holland’s friendly neighborhood Spider-Man is swinging by to hopefully salvage the box office.

“Spider-Man: Far From Home,” from Sony’s arsenal of Marvel characters, should prove an exception to a summer otherwise plagued with a contagious case of franchise fatigue. The 23rd superhero adventure in the Marvel Cinematic Universe is expected to earn $125 million from 4,500 theaters during its first six days in theaters. It’s getting a jump on the weekend, opening on Tuesday ahead of the July 4th holiday. Independence Day isn’t traditionally a busy time for moviegoing as audiences opt to spend the holiday outside to grill and watch fireworks.

Overall, the domestic box office is pacing almost 10% behind last year, according to Comscore. The season has been particularly unkind to sequels and spinoffs like “Godzilla: King of the Monsters,” “Dark Phoenix” and “Men in Black: International,” all of which saw diminishing returns.

Not all revisits have gotten the cold shoulder. Lionsgate’s “John Wick: Chapter 3 – Parabellum” enjoyed series-best box office receipts, and audiences have been high on “Toy Story 4.” The upcoming Spidey sequel, positioned as the must-see follow-up to the epic finale of “Avengers: Endgame,” looks to be in the company of this summer’s well-regarded tentpoles and should provide the domestic box office with a solid boost heading into July.

“Spider-Man: Far From Home” kicked off at the international box office in China, Japan and Hong Kong last weekend, generating $111 million. It saw the strongest start in the Middle Kingdom, where it earned a huge $98 million. The superhero adventure will open in the rest of the world this weekend, save for Italy.

Critics have praised the latest web-slinging adventure (It holds a 91% on Rotten Tomatoes) — not that superhero enthusiasts would have been fazed by bad reviews anyway. If estimates hold, “Spider-Man: Far From Home” will be only the fourth movie this year to score a triple digit debut and should get a leg up on the $117 million launch of “Spider-Man: Homecoming,” the first Holland-led standalone. That film ended its box office run with $334 million in North America and $880 million globally.

On Wednesday, A24’s “Midsommar” will join “Spider-Man: Far From Home” on movie theater marquees. Director Ari Aster’s follow-up to “Hereditary” should collect $8 million to $10 million over the five-day stretch. The folk horror film, starring Florence Pugh, Jack Reynor and William Jackson Harper, follows a group of friends who travel to Sweden for a festival that occurs once every 90 years.

“Midsommar” has generated relatively positive reviews. Variety’s Andrew Barker called it “an admirably strange, thematically muddled curiosity from a talented filmmaker who allows his ambitions to outpace his execution.”

Aster’s “Hereditary” debuted with $13 million last June, and went on to become A24’s highest-grossing movie with $44 million at the domestic box office and $79 million worldwide.