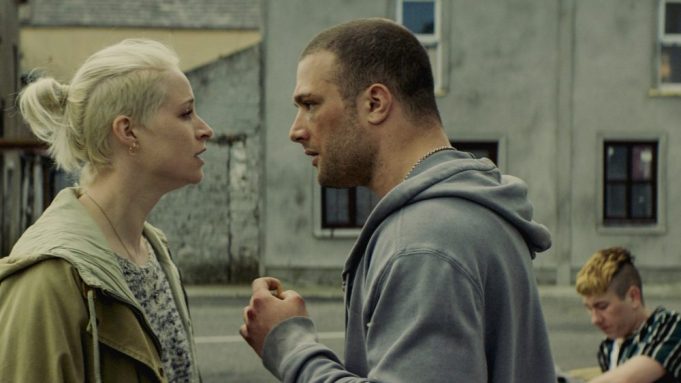 The first clip of “Calm With Horses” shows Barry Keoghan in menacing form and Cosmo Jarvis wrestling with having to carry out violent acts for a feared Irish crime family. The film is Nick Rowland’s directorial debut and counts Michael Fassbender among its exec producers. It will have its world premiere at the Toronto Film Festival on Sunday, playing in the festival’s Discovery strand.

The picture is set in rural Ireland. It follows former boxer Douglas “Arm” Armstrong (Jarvis), who is the feared enforcer for the drug-dealing Devers family. Arm is struggling to be a good father to his autistic 5-year-old son when the Devers ask him to kill someone. Faced with a moral dilemma, Arm must decide what sort of man he wants to be.

Niamh Algar, recently seen in Shane Meadow’s acclaimed drama series “The Virtues,” also stars and can be seen in the first-look footage.

The film is based on a Colin Barrett novella. Fassbender, Conor McCaughan and Daniel Emmerson’s DMC Film produce with Element Pictures, which is coming off huge success with “The Favourite.” It is backed by the U.K.’s Film4, which is having a busy Toronto with a standout eight films at the fest.

Check out the exclusive clip (warning: contains some bad language).