BTS Drop Trailer for ‘Bring the Soul: The Movie’ (Watch) 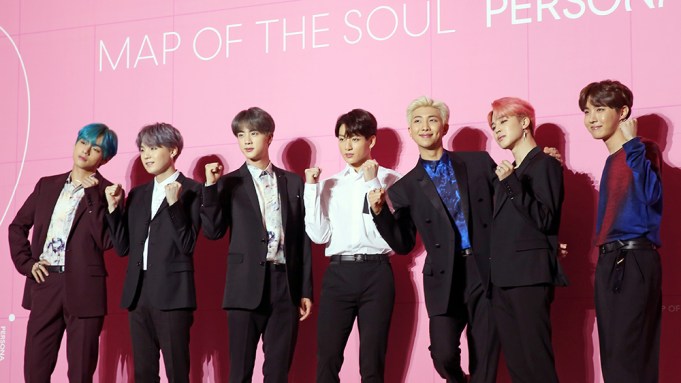 To the excitement of many, many BTS fans, the trailer for the boyband’s upcoming concert film “Bring the Soul: The Movie” is officially here.

Making its worldwide premiere Aug. 7, the film follows the wildly popular South Korean group during the European leg of their “Love Yourself” tour. The trailer teases scenes typical to most concert movies — behind-the-scenes clips of the boys offer a voyeuristic glimpse into the lives of the global pop-stars, intercut throughout by live performances from their shows.

Even the BTS fandom, coined the ARMY, gets recognition in the new movie through one-on-one interviews highlighting their love for the band.

Directed by Park Jun Soon, “Bring the Soul” marks the third film to follow BTS while touring, following 2018’s “Burn the Stage: The Movie” and “Love Yourself in Seoul” released in theaters earlier this year. The former movie, which was a longer feature version of the band’s Youtube Series, became the highest grossing global release of all time, grossing $18.5 million at the box office.

After its initial screenings from Aug. 7-11, the movie will only be screened at select locations. Tickets can be bought from the band’s official website.